Le Tribute Durango is made with maguey Cenizo in the state of Durango, MX. Maestro Mezcalero Uriel Simental follows the traditional method of production, using an underground pit oven, milling the agave by hand, natural open-air fermentation, and a wooden still.

Le Tribute Mezcal is owned by MG Destilerias, which is located in the south of Barcelona, Spain, however the product is produced and bottled in Durango, Mexico. The company is more commonly known for their Le Tribute gin as well as its alcohol-free creations Le Tribute tonic, ginger ale and ginger beer. For the production of this mezcal, the distillery has committed itself to replant two agaves for each one that has been harvested. 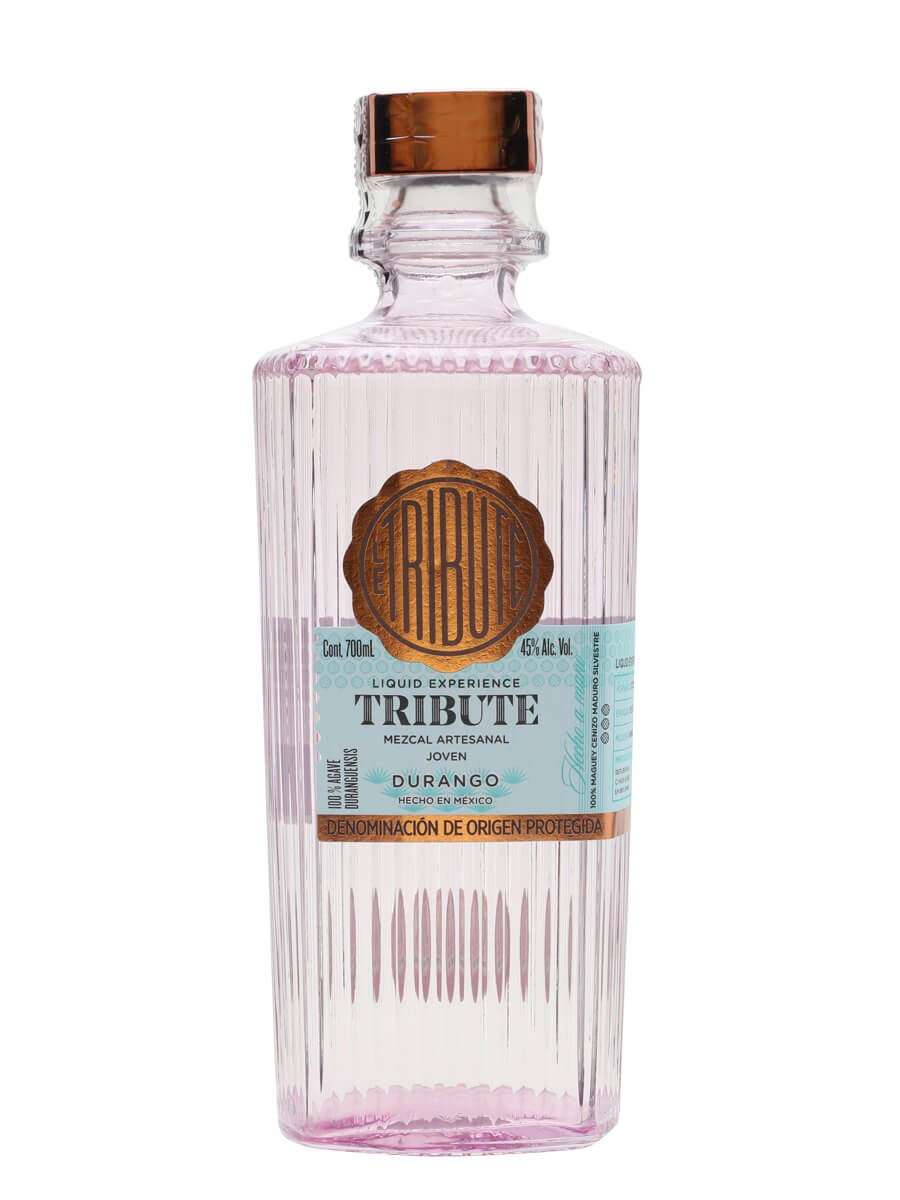 Sorely disappointed in this one….typically love the buttery, umami-type feels and flavor from lots of Durango Cenizo mezcales, but this one just doesn’t hit the mark. It just has lots of smoke and not much else. Low complexity.

Tasted in Berne, Switzerland in December 2018. Haven’t reviewed it because it wasn’t worth writing about but given all the recent (possibly fake) reviews, here are my notes… As a big fan of Durango mezcals this was disappointing. Maybe this is the same producer as Bosscal? Maybe not? The NOM is the same. I enjoy Bosscal (Lot 15) more than this. Le Tribute was very smoky without any complex agave notes. The main note I wrote down at the time was “sour finish”. Lot 1.

Very smooth and rounded. Fruity on the front of the tongue and warm on the very back of the palate. Warm but not hot, smoky but not aggressive. Really enjoyable, an amazing discovery!

I discovered I few days ago in Barcelona and I really enjoyed it. A pure smoky flavour!!! You can feel the artisanal process… #MezcalLovers Share with friends!!!!!

Smoke, smoke and smoke. Quite simple, lacks complexity. Not my favorite.