Clande Sotol (Yellow) is produced by Bienvenido Fernandez, who has more than 40 years of experience producing sotol. He learned from his grandfather and father, who produced sotol in clandestine mobile vinatas (local name for distillery) that were immersed in the heart of the Northern Chihuahuan Sierra. He cooks the plants underground on a pit oven with stones and oak wood. After cooking for three days he will grind the cooked sotol with a mechanical grinder then he will let it ferment with natural airborne yeast in stainless steel tanks. While fermenting Bienvenido will add well water to the fermentation tanks. He then distills in a stainless steel pot still two times. Next, he will use well water to get the desired ABV. His batches range normally range from 120 to 160 liters. This sotol has notes of banana, wood, cotija cheese, honey, and nuts. 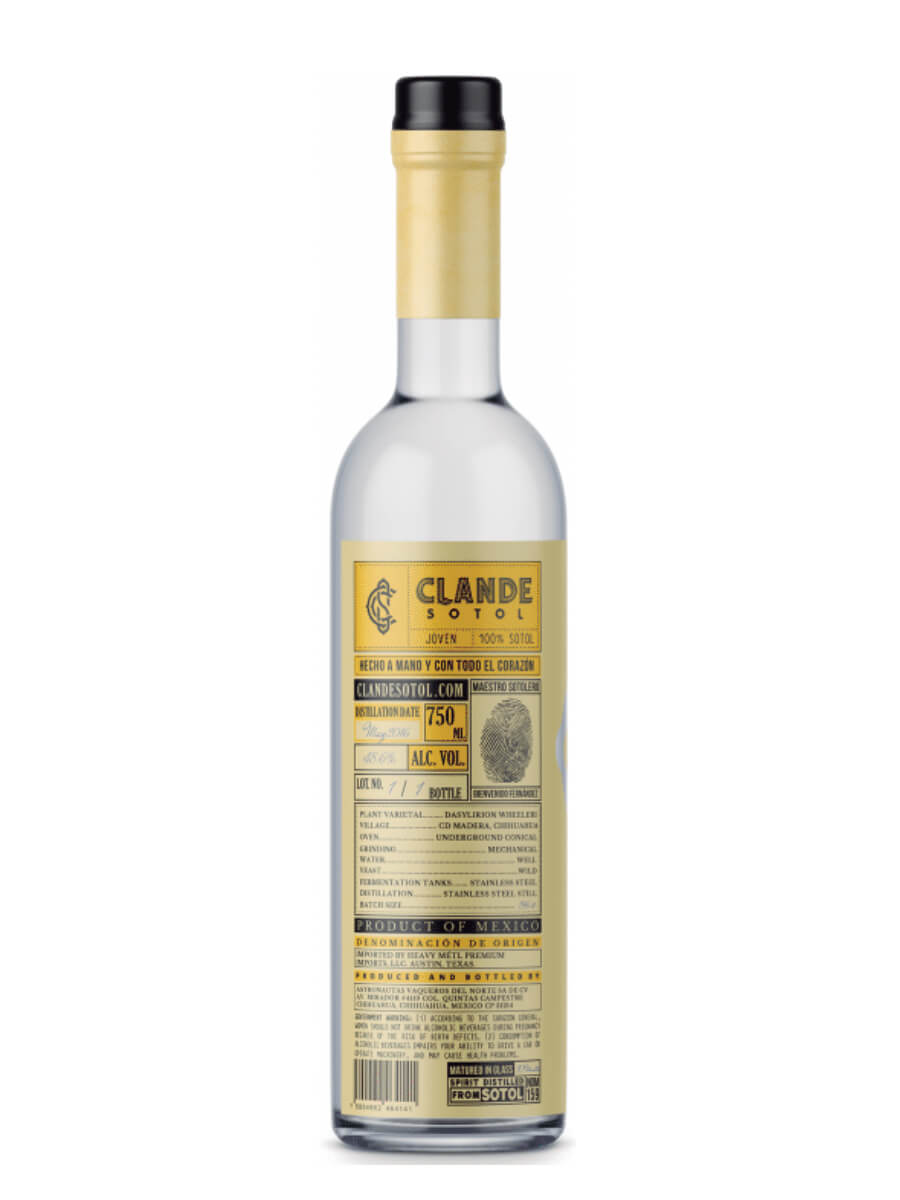 Lote 6, 46.5% ABV
Light grass, not overpowering like most sotols it would seem. Metal water taste, citrus, orange zest. Lighter, not as harsh, with some sweetness.
Did a side-by-side with the Green label, and must say I prefer the Green.
Review #72

Leather, i am tasting a bit of a leather, if not leather then ? Extraordinary sotol, hard to put into words. It even has a digestive edge which is rare i believe. Love to have this to wrap up, the sensation keeps running in all taste buds for a long time.

Absolutely delicious and unlike any other spirit I’ve tried.
I’m reading the other reviews trying to pick up on any flavor notes that don’t feel like utter projection. . . maybe wheatgrass and cream? Hard to say.

Tasted first at Mezcalogia in Oaxaca, then snagged a bottle at Old Town Tequila in San Diego for $96. Never again to be found!!! One day I will taste this magic again.

Wonderfully dry and grassy, much drier than most agave spirits I’ve had. Nose is strong lemongrass, blanched asparagus, parsley, celery and leafy green veg. Palate matches the nose but here a bit of agave sweetness comes in that wasn’t on the nose and there’s a delicious asparagus salad flavor. Still overall a very dry spirit. Mouthfeel is richer than the dry taste and nose would suggest. Finish is long and refreshing with a bit of astringency and lots of lemongrass. 88/100

Best of the clande’s imo.

Lot 6. Bottle 36. Distilled in March 2018. 46.5%. Phenomenal! This is my favorite sotol I’ve tried thus far. It’s pure magic in aroma and flavor, and it’s my favorite of the Clande line (which is all great, but this one is my favorite. The nose is grassy with notes of raw potato, dry hay, and dry tobacco. There’s also a bit of caramel sweetness on the nose that’s really nice. The palate follows a similar path as the nose, with notes of caramel, dark chocolate covered cherries, dry hay, uncooked potatoes, and a bit of beach wood.

Lot 6. Bottle 36. Distilled in March 2018. 46.5%. Phenomenal! This is my favorite sotol I’ve tried thus far. It’s pure magic in aroma and flavor, and it’s my favorite of the Clande line (which is all great, but this one is my favorite. The nose is grassy with notes of raw potato, dry hay, and dry tobacco. There’s also a bit of caramel sweetness on the nose that’s really nice. The palate follows a similar path as the nose, with notes of caramel, dark chocolate covere

This sotol has the typicity needed to be serious, but finally brings along sweetness, complex smoke, and enough minerality to keep the rich mouthfeel from being cloying. This is serious juice.

I tried this thinking I would just expand out of mezcal and try something new, and this was such a treat. It’s a weird analogy but if mezcal is a fruit, this is a tree. Absolutely loved this and definitely going to drink more sotol in the future. Loved how different the taste was from mezcal but how it still felt familiar.

Excellent sotol. Not your typical grassy sotol.. this is very unique. Flavors of honeydew, lychee, grenadine like a Shirley Temple. There is a clean minerality here like drinking water off clean metal (in a good way). 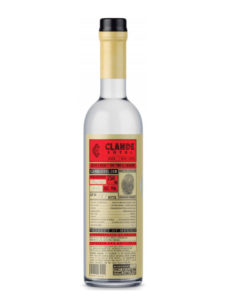