Dangerous Don Cafe Mezcal is made in Santiago Matatlan by master Mezcalero Celso Martinez and NaomQuie Coffee is grown in San Gabriel Mixtepec by the Mendoza Ramirez family. Dangerous Don is distilled twice and then steeped with coffee beans before being distilled once more. It’s an intriguing mix of agave notes and rich coffee. Outside of the addition of coffee, this mezcal is traditionally produced. The first batch was released in March 2017 and had 750 bottles.

Dangerous Don is a celebration of the region of Oaxaca and the magical world of mezcal. It mixes two of Mexico’s most beloved treasures – mezcal and coffee. It is made in Santiago Matatlan by master Mezcalero Celso Martinez from Espadin agave plants, using an artisanal form of distillation.

The NaomQuie Coffee used in their recipe is grown using natural methods in San Gabriel Mixtepec, on the Oaxacan coast, by the Mendoza Ramirez family. Dangerous Don mezcal is a loving testament to the craftsmanship of its producers. 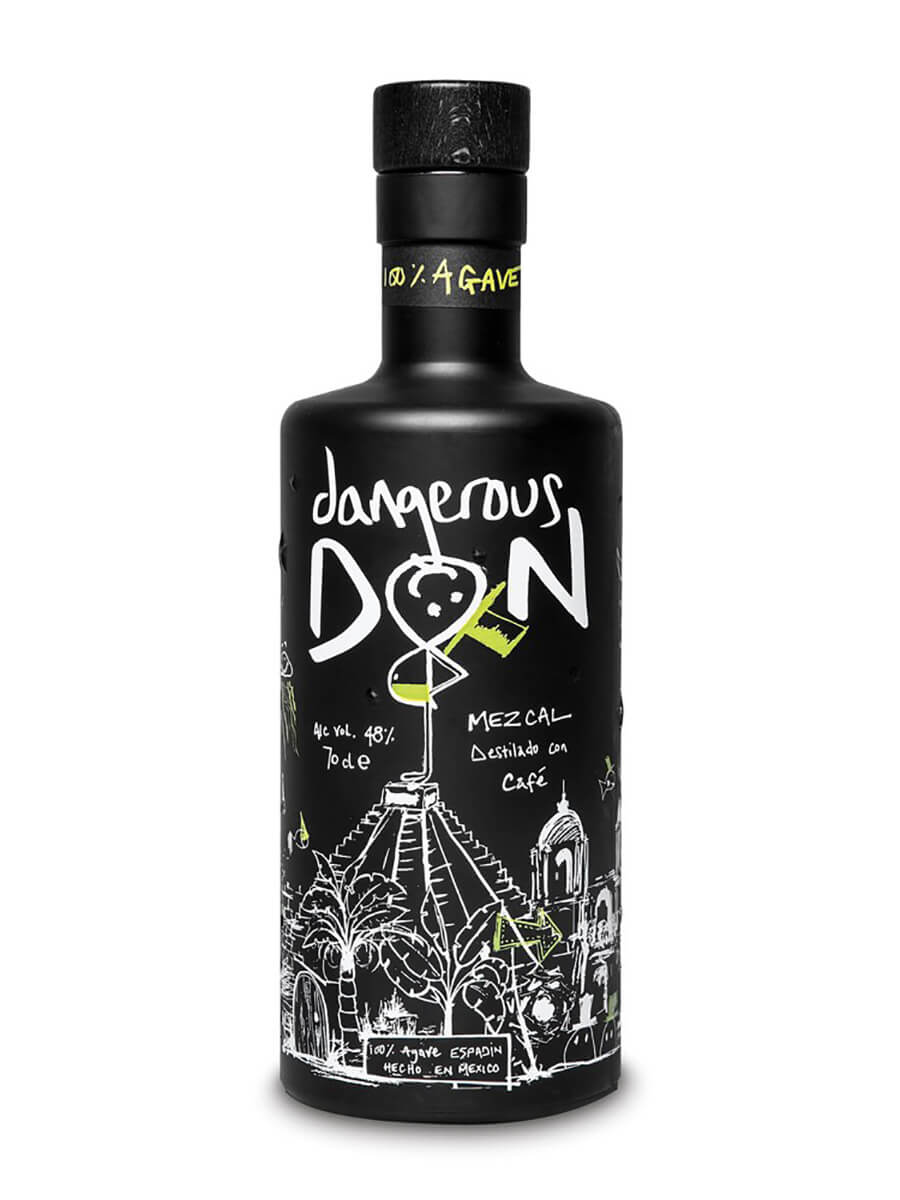 smell is mild with the typical pepper notes but also has hints of coffee. taste is a bit harsh up front which masks the coffee flavor, but it does come through on the aftertaste. very unique mezcal, would have to be in the mood for it but as as someone who enjoys the flavor of coffee, I thought this mezcal was very good.

Welp, they nailed what they were going for (mezcal with a coffee kick). However, its not really my bag. The coffee doesnt overwhelm the mezcal completely, but its definitely a bold flavor.

Halfway through the pour and still not sure what to think of this. Fun to try once, but really glad I didnt buy a whole bottle