Ilegal Anejo is aged for 13 months in a blend of American and French oak. It is gorgeous Mezcal rivaling the world’s finest scotches and cognacs. It has maple, clove, and bitter orange aromas, and dark chocolate and sweet agave on the palate. It is rounded, full, rich. When sipped and savored, this is much softer and smoother than the Reposado. It somewhat resembles the more rustic of the Tequila’s but with the intense Espadin fruit flavor.  Due to its aging, this is a great Mezcal to serve to friends who claim they don’t like Mezcal. 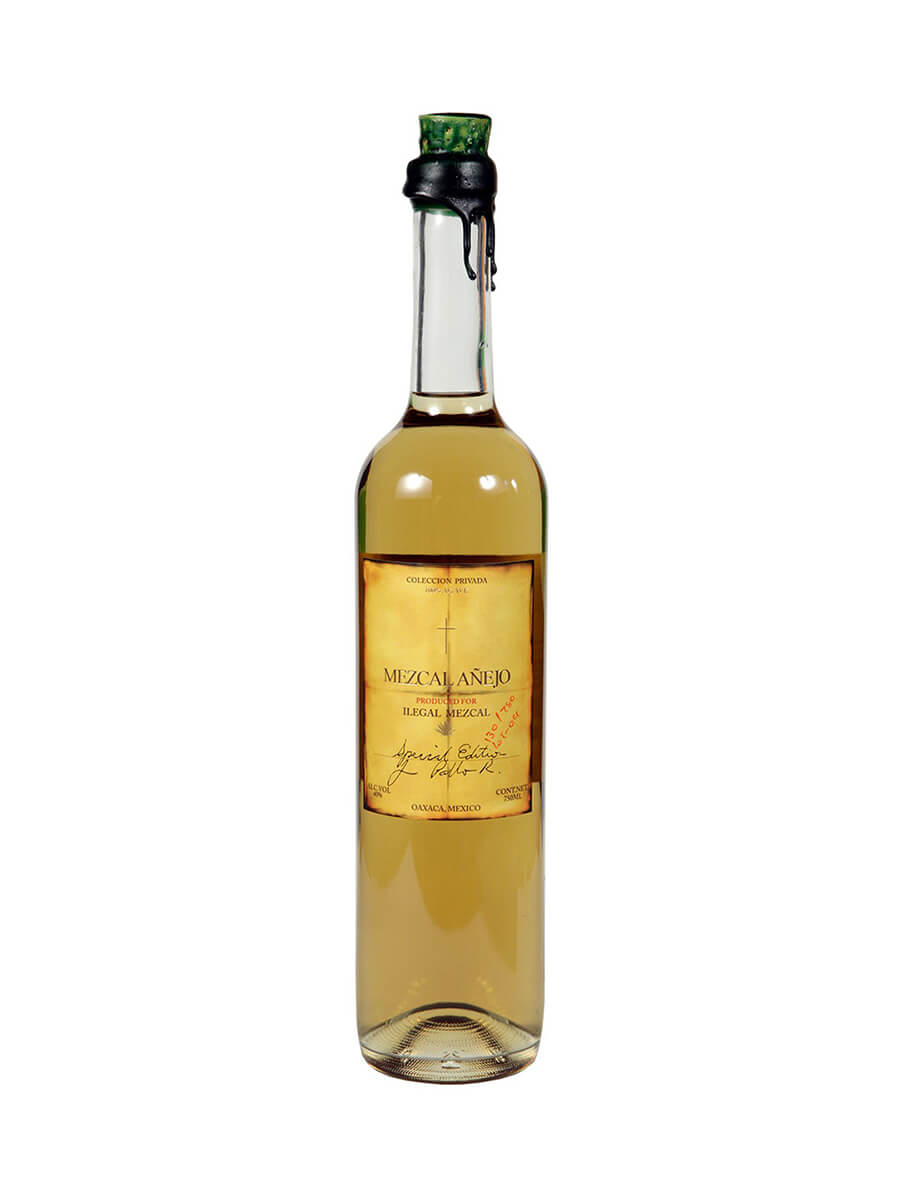 A bit mixed on this one, overall it was okay but not my favorite

Caramel, butterscotch and a bit of a flat finish.

Palate: Pick up a lot of the oak barrel which dominates most of the benefit that comes with a solid espadin.

This is similar in quality to Casa Noble Anejo which is in the $50 range. Considering this mezcal is nearly double in price it really falls short in value. I enjoy it but I feel that it is way more tequila than mezcal.

Got this as a gift 1 year before writing this. First experience the alcohol profile was very aggressive and numbing. Left the bottle sitting for a year and revisited. Long pour into copita and then gave a sniff. Vanilla and burnt sugar play a leading role – the rest is tame and simple. The alcohol appearance is in-line with the 40% label. Almost no mint herbality in the flavor, alongside more vanilla sweetness and citrus.

So far this is my favorite. It’s expensive but I love it. I had the Reposado and liked it then gambled on the anejo and it won. I haven’t cared much for Anejo Tequilas except El Jimador with a nice price point. Found that at Angler’s Inn, Lake El Salto, México.

Shockingly good, especially since I didnt care for their other two offerings. One of the better agave spirits ive had. Def. would give to someone who is more of a tequila fan or is having their first foray into mezcal. Its smooth, complex, and has strong notes of caramel, toffee, oak, and butterscotch.

I typically dont care for aged mezcals, but this may change my mind. The best aged mezcal ive had, easily. Price isnt terrible either

I really enjoyed this one. It pours in with a sweet rich buttery caramel and corn flavor and is as smooth as pie. Not really smokey at all, so a very good choice for to give to people who may be turned off my high smokey flavored Mezcals. A good alternative that’s slightly different.

While this has some great dried orange peel, anise, brown sugar or treacle notes alongside a “safe” espadin sweetness and a gentle but present smoke, I think this falls flat of expectations, especially at just 40%. Decent body and light tannin grip. Maybe a cask strength single barrel expression could show more potential, but right now I just am reminded of why I’ve moved away from tequila. While this might be a good bottle to convert “brown liquor” drinkers, the price makes me shy away. The repo I like equally and thus is a better value.

Unknown lot, & lot 44
While this has some great dried orange peel, anise, brown sugar or treacle notes alongside a “safe” espadin sweetness and a gentle but present smoke, I think this falls flat of expectations, especially at just 40%. Decent body and light tannin grip. Maybe a cask strength single barrel expression could show more potential, but right now I just am reminded of why I’ve moved away from tequila. While this might be a good bottle to convert “brown liqu

I enjoyed this a lot. Golden brown liquid. Notes of corn, honey, vanilla and chocolate muffins. On the palate I find a salty note and some violets.

Liquid candy. Lots of vanilla without being overtly sweet and the perfect amount of smoke. The only aged mezcal I’ll drink and its worth every penny.

This añejo espadin has strong flavors of butterscotch and honey. There are notes of apple and lemon. At 40% ABV it still packs a decent punch.

Get ready to pucker up for this sweet beaut. Very enjoyable, full body mezcal.