Ilegal Reposado is aged for 4 months in American oak barrels. It has caramelized pear and bitter orange on the nose, and clove, toffee and hints of vanilla on the palate. The mouth feel is velvety throughout. Like its Ilegal Anejo cousin, this is a great Mezcal to serve to friends who don’t like Mezcal as the barrel aging provides a woody flavor that is familiar to whiskey and tequila drinkers alike. 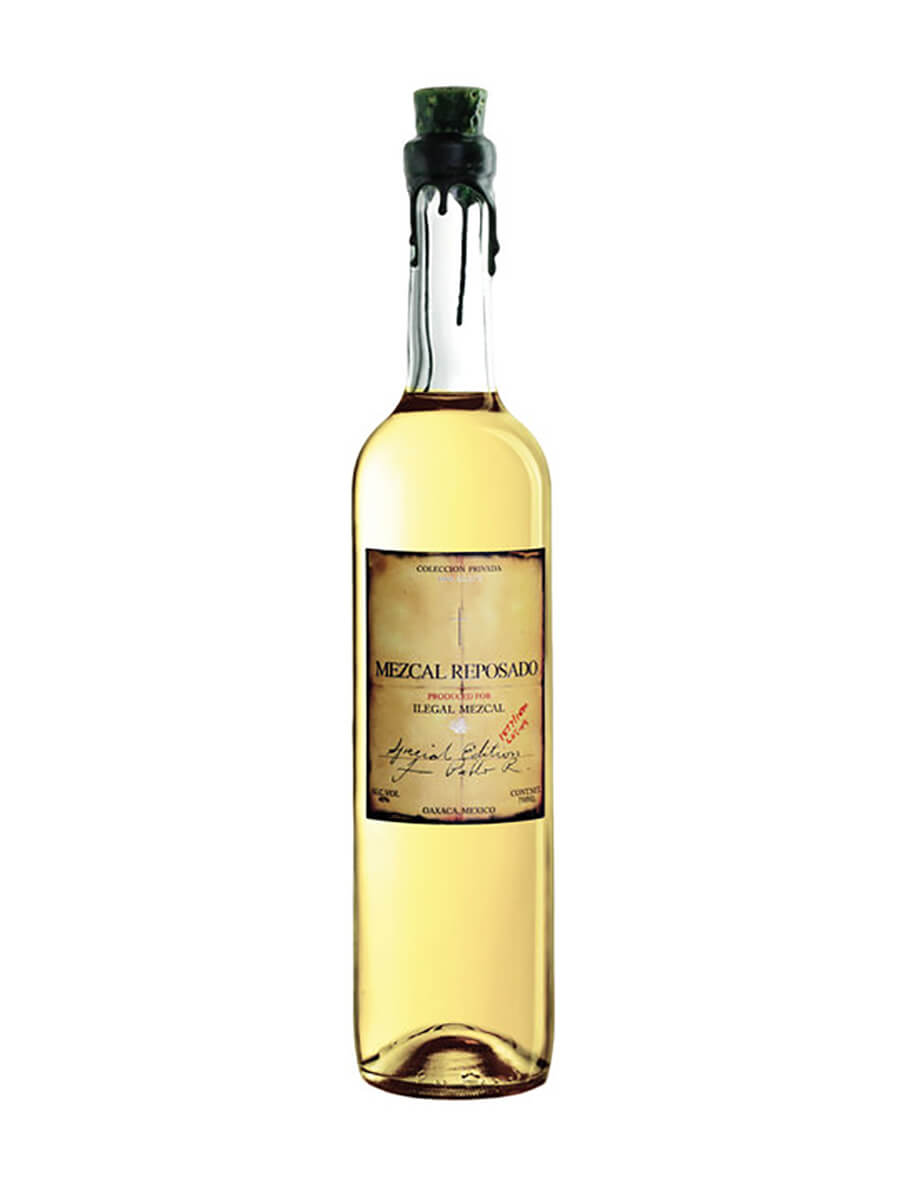 Lot 155. Slight band aid smell giving way to Smokey pepper with some notes of agave in the background. Pepper and heat on the tongue. The alcohol heat begins to feel and taste like hot pepper. A little slick with with more peppery heat in back into finish. Way too peppery with agave flavors lost in that.

I set up an account just so I could comment on this.
Similar to the Joven, this smells and tastes like the exhaust from my 1979 Ford pickup. Gag.

The one star review above that mentioned “dill” was on the right track only its not dill. Its the eucalyptus wood the agave is cooked with. It completely dominates and ruins this mezcal. So much so that after a shot of this it ruins whatever else (beer/wine) you are drinking. Its as if you just finished brushing your teeth. @$60 I’m a little pissed off.

This was my introduction to the world of mezcal. Coming from the whiskey side, this is still one of my favorite mezcals to sip on. Soft, smokey, good flavors.

Definite notes of vanilla and a little caramel, I find this a particularly smooth sip, if a little too “polite” for my taste.

While I mostly concur with the other reviews claiming this is not a regular mezcal, I can totally enjoy it on its own merits. This is definitely a good introduction to mezcal for more timid dippers.

smells more like a tequila being agave forward but there is a subtle hint of smoke and pepper. taste is smooth, has hints of a typical mezcal but is also quite sweet and caramelly. the aftertaste resembles a typical mezcal with a more peppery linger. would only recommend if you want a less traditional mezcal with sweet notes, but under that billing it is quite enjoyable.

Dont get the love for this. Very little smoke, not many flavors you would find in other mezcals. Closer to a tequila

Soft roasted agave flavors with citrus, vanilla, and wood. Slight acetone finish. This lightly-aged espadin is a decent sipper, especially for those new to mezcal. One downside is that the quality of this mezcal is not worth the price of $50-$70 a bottle as charged in many stores.

A very nice crossover… Like a nicer tequila, without the bite, and a smooth caramel finish