Marfa Spirits Co. Chihuahuan Desert Sotol is a collaboration between Jacobo Jacquez, a sixth-generation sotol producer, and the Marfa Spirits Co. This release is grown, harvested, cooked, fermented, and distilled in Mexico. Production takes places at the Jacquez family viñata in Janos, Chihuahua, Mexico. 15-year-old Dasylirion leiophyllum plants are cooked in an earthen underground oven. Next, they are cored and chipped into pine fermentation vats with water added and fermented using natural yeast. The result is twice distilled in copper pot stills with the bagasse in the first distillation.

The Marfa Spirit Co. is the first and only distillery (as of 2022) in Marfa, Texas. It was founded by entrepreneurs Josh Shepard, Seth Siegel-Gardner, and Morgan Weber. Their debut product was Chihuahuan Desert Sotol in October 2021 – a collaboration with Sotol Don Celso in Janos, Mexico. The company also produces gin, rum, vodka, and citrus liqueurs. 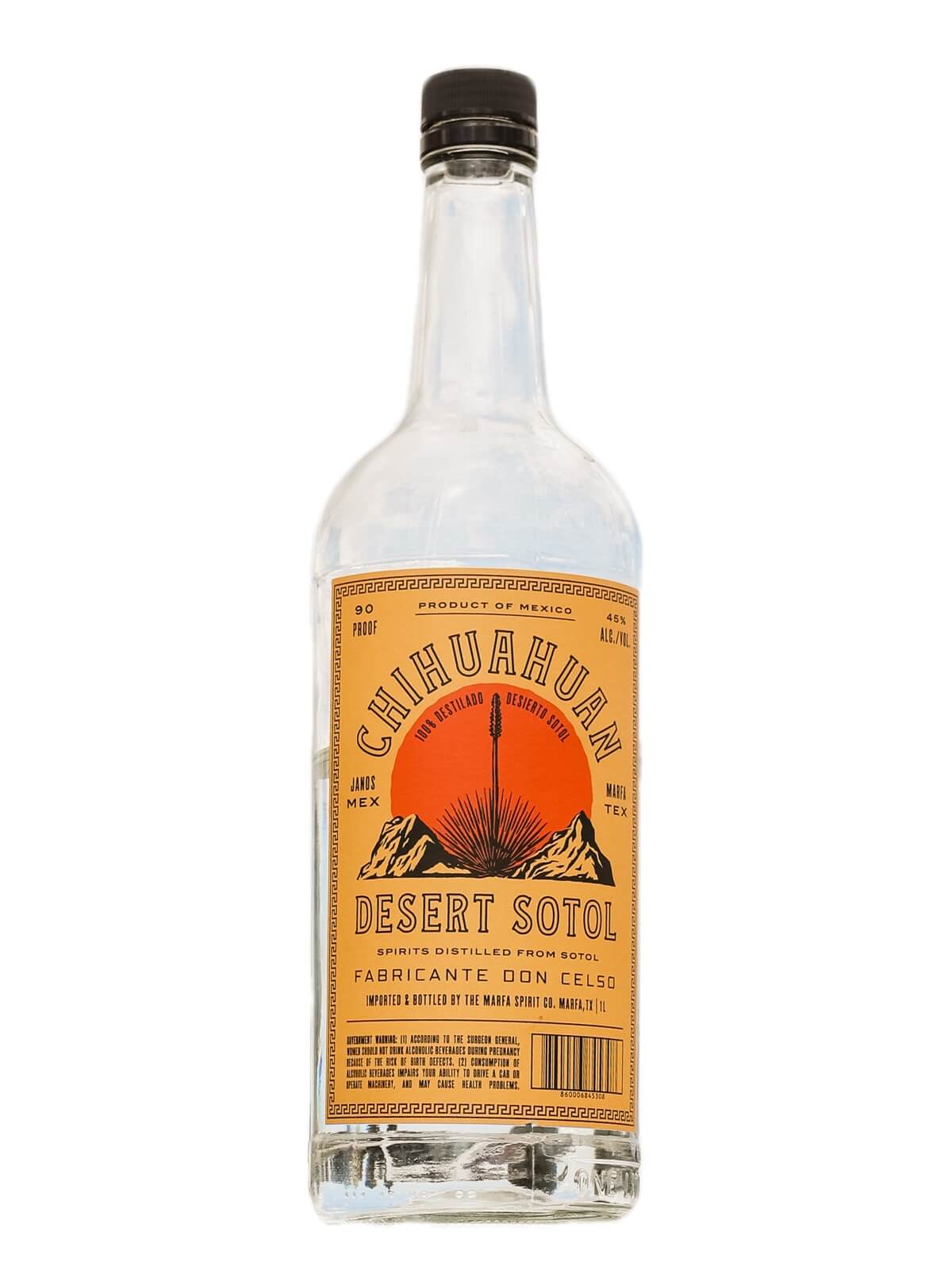 Fresh cut hay and barnyard really define this. This was the 40% ABV batch. It’s good but the dilution from. 45% leave it with nothing special on the finish. I will be looking for the higher ABV batch to sample

No batch number listed on bottle. I chose the 45% ABV bottle over the 40% because …. why not??
On the smell is the classic grassiness & earthiness I love so much with a sotol. Taste follows through a bit with with the same notes, although some peppery, mint as well. Heat is in check. I love sotol, and have a liter of this one to think about, but it’s by no means my favorite.
Review #153

From my understanding, this is basically Sotol Por Siempre in a different bottle. Either way it is delicious. You can smell the grass before taking a sip. Light, grassy, some Doublemint notes, and a bit of that celery herbal-pepper flavor. Big fan of this style of Sotol and great price point. This is made in Mexico despite some confusion on social media. Sipped at Lamert’s in Austin – didn’t catch the batch number.