Ninfa Raicilla is made with agave Maximiliana that is cooked for 24-72 hours in an adobe oven with locally sourced oak wood. Once cooked and shredded, the agave are fermented in oak barrels and double-distilled in a copper alembique still.

Ninfa was created by a family whose roots date back to before the Spanish occupation of the Sierra Madre Occidental. The hacienda where this is produced is in the mountains of San Sebastian del Oeste, a 16th century mining village that decided to continue crafting traditional spirits that were inherited from the older generations. Today the family and a team of botanists study and protect the wild agaves and other endangered species that live in the cloud forest, surrounding an important natural preserve, only harvesting mature wild agave and limiting only to a sustainable number of them. The entire harvest of 2017 resulted in a batch of only 2,500 bottles. 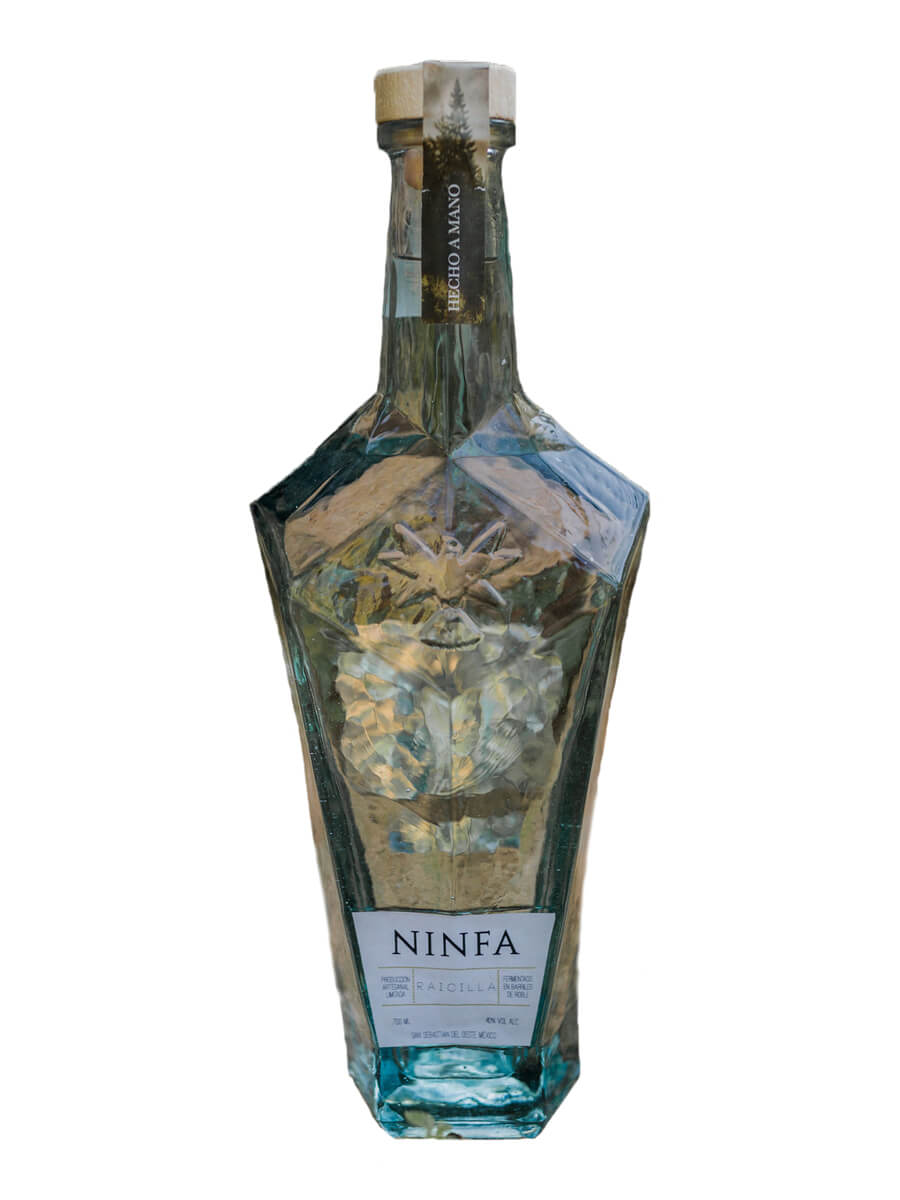 bright. piney aromas. minty. fresh epazote. evolves from herbal to citrus influences;tangerine, lemon zest, a lingering lemon/lime persistence. tiny fusel hint at finish, not a deal breaker. lean on palate, owed to a demure 86 proof, slightly thin but delicious and refreshing all the same. pleasant enough but not intriguing. (a star rating here should not apply in terms of other comparative categories.)