Lalocura Rainy Season Tobasiche-Espadín was originally released in the US as part of Agave Mixtape Vol 5. Per Agave Mixtape:

Aside from being incredibly delicious, Lalo’s rainy season batches bring a new dimension to our understanding of terroir in mezcal and agave spirits, specifically the 4th dimension. Most people are aware that geography and climate influence agaves and in turn spirits, but throughout the long history of mezcal and agave spirits, much less attention has been paid to the season in which the plants are harvested.

Unlike wine grapes, for example, agave do not have to be harvested in the season when they reach maturity. Once the quiote is cut, the magueyero may leave the plant in the ground for a period of months or even years. Historically, agaves were always harvested and spirits were produced during dry months so that mezcaleros and magueyeros had time to plant crops during the rainy months. However, it’s during the rainy season that the agaves are interacting most with their environment, and (as Lalo’s rainy season experiments seem to prove) are richest in flavor.

Distilling between June and December is certainly a departure from tradition, but that doesn’t make it a bad thing.

October, 2019 was the first batch of rainy season tobasiche-espadín from Lalocura, and it’s been a revelation. So many of the other rainy season experiments have been mezclas that were less familiar to us, and for which we didn’t have much basis for comparison. Lalo’s dry season tobasiche-espadín (all the other bottles in the USA, so far) is a staple of the Lalocura lineup, and one that provides a useful starting point to understand how production season matters.

Even at 47.97% ABV, this rainy batch has the flavors and intensity turned way up. Notes that were only slightly perceptible in dry season batches seem to present on more equal footing as the notes that dominate the standard dry batches. While it lacks some of the satin sheets texture of the dry season batches, the flavors here are so well structured that the their intensity remains very much under control. 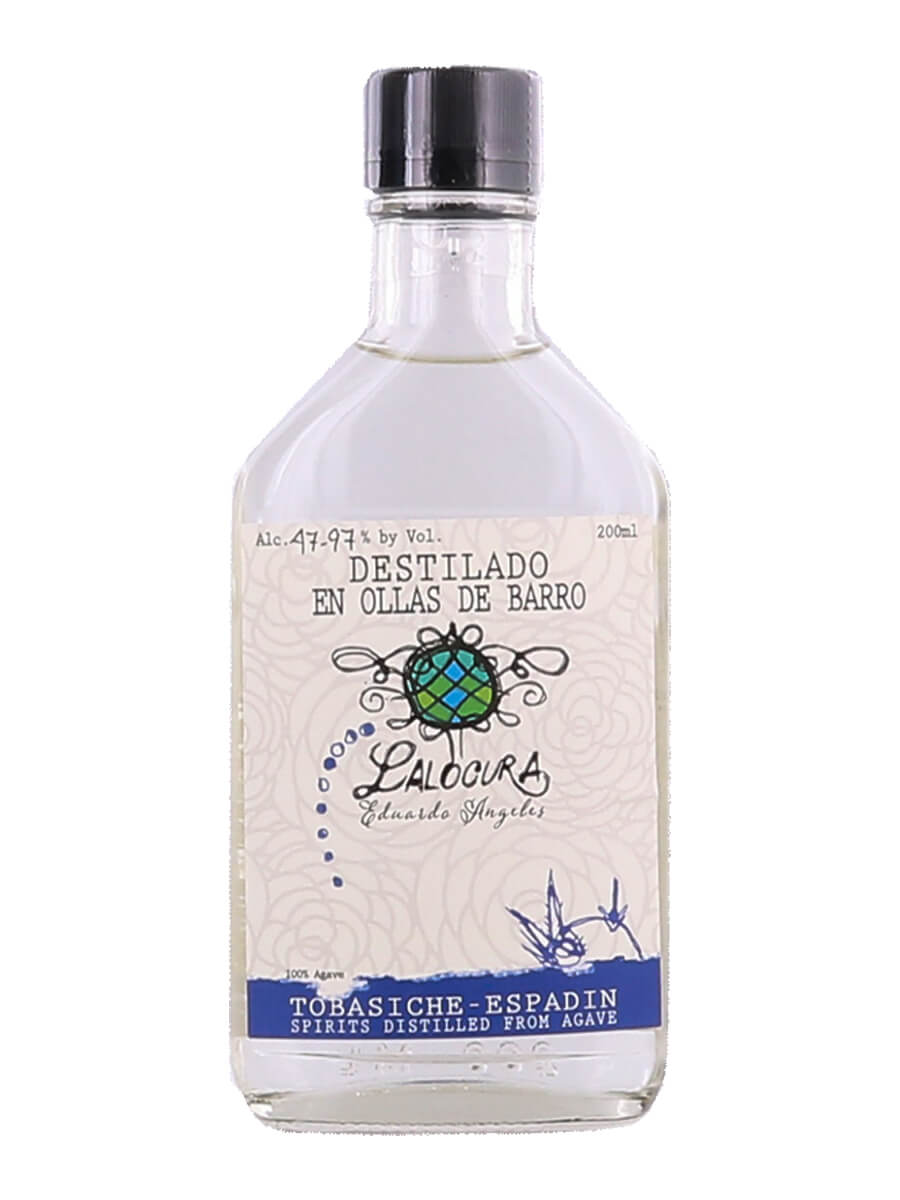 55% Tobasiche 45% espadin. Nose has sweet plantains and fresh rain. On the palate it’s soft, taste like cinnamon rolls with a spicy finish.

Lot 0-01. Aromas of brown sugar, cooked agave, and baked sweet breads. A bit of cinnamon on the nose as well. The palate has notes of coffee cake, banana runts, grannysmith apples, and oak.

Bear in mind I am new (ish). I’ve only just begun my journey into appreciating Mezcals. As of yet I have explored: Sombra, El Buho, Banhez, Del Maguey (Minero), Montelobos, Ilegal, (Thus far, mostly all the “common (ish) stuff). In addition, I have bottles of Real Minero, (Espadin and Largo), Bruxo 4, and (a 200ml bottle of) Madre Mezcal. I was late to the game getting on the initial MixTape Mezcal subscriptions. But, just got mixtape order # 5 and this guy (the above Lalocura ensemble) was in it 🙂

If it helps: I rate this as my absolute Favorite Mezcal thus far!!!! Kinda sweet, as others stated, yet smooth and Delicious… Delicious… Delicious… One Ounce: a small kiss, swish, and swirl for 10 or so seconds, followed by three nice sips. By sip and swallow number three it absolutely opened up with utter smoothness… Low to no noticeable smoke and I like smoke… But, the smooth flavors triumphed over any slight craving of smoke. I cannot wait to have more of this.

In short, I would (absolutely) buy this (again). But, won’t, because I will never pay anything over a $100 for a bottle of anything!!! My two expensive Real Minero’s were gifts and I initially refused them. With that said, and once more, this is the BEST Mezcal I’ve ever tasted, which also makes it my number one sipper. The 150 milliliters or so left will be slowly cherished and enjoyed until it is forevermore all gone. FWIW, I like this way better than my Real Minero Largo. In addition, I can definitely sense & taste the Real Minero connection here. In closing, I knocked a half a star off due to the astronomical price of what a full bottle might cost me; simply ludicrous.

Bear in mind I am new (ish). I’ve only just begun my journey into appreciating Mezcals. As of yet I have explored: Sombra, El Buho, Banhez, Del Maguey (Minero), Montelobos, Ilegal, (Thus far, mostly all the “common (ish) stuff). In addition, I have bottles of Real Minero, (Espadin and Largo), Bruxo 4, and (a 200ml bottle of) Madre Mezcal. I was late to the game getting on the initial MixTape Mezcal subscriptions. But, just got mixtape order # 5 and this guy (the above Lalocura ensemb

So well balanced. I love the herbaceous elements from the Tobasiche, a bit of eucalyptus on the nose. A light mezcal with slight sweetness, and faint smoke. I usually prefer a heaver flavor profile and mouthfeel, but I really like this blend and how it works together.

4.25/5. I am a HUGE fan of Lalo’s rainy pechuga. It is one of my favorite spirits, ever. This is a great primer on that. Juicy fruit, persimmon and post oak. Really like these flavors.

Palate: Exceptionally sweet (baked apple pie) but by no means does it over do it. Very soft mouth feel. A very long, high-quality cigar finish but it is a smidge heavy. The apple pie sweetness resurfaces in the aftertaste and is delicious with the smoke. Lalo… you’ve done it again!