Lalocura Tobasiche is made with the tall and slender maguey Tobasiche (Agave karwinskii), also called Largo in the same region. Lalo cooks the agave in an underground pit oven with Encino wood, mashes the cooked agave by hand with wooden mallets, ferments the agave in cypress tubs in the open air for nine days, and double distills this mezcal in small clay pots.

The Agave Mixtape vol. 6 release was labeled as Tobasiche de Monte. The Maguey Tobasiche plants used in that batch grew wild in the hills above Lalo’s town of Santa Catarina Minas. It was distilled in January 2019, during the driest time of the year when the plants’ sugars are most concentrated. It is slightly sweeter and carries less of the bitter aftertaste that can be found in other releases of this type.

Lalo of Lalocura talks about the history of tobasiche in Santa Catarina Minas, how the plant varies by region, and what he’s doing to ensure it has a future. 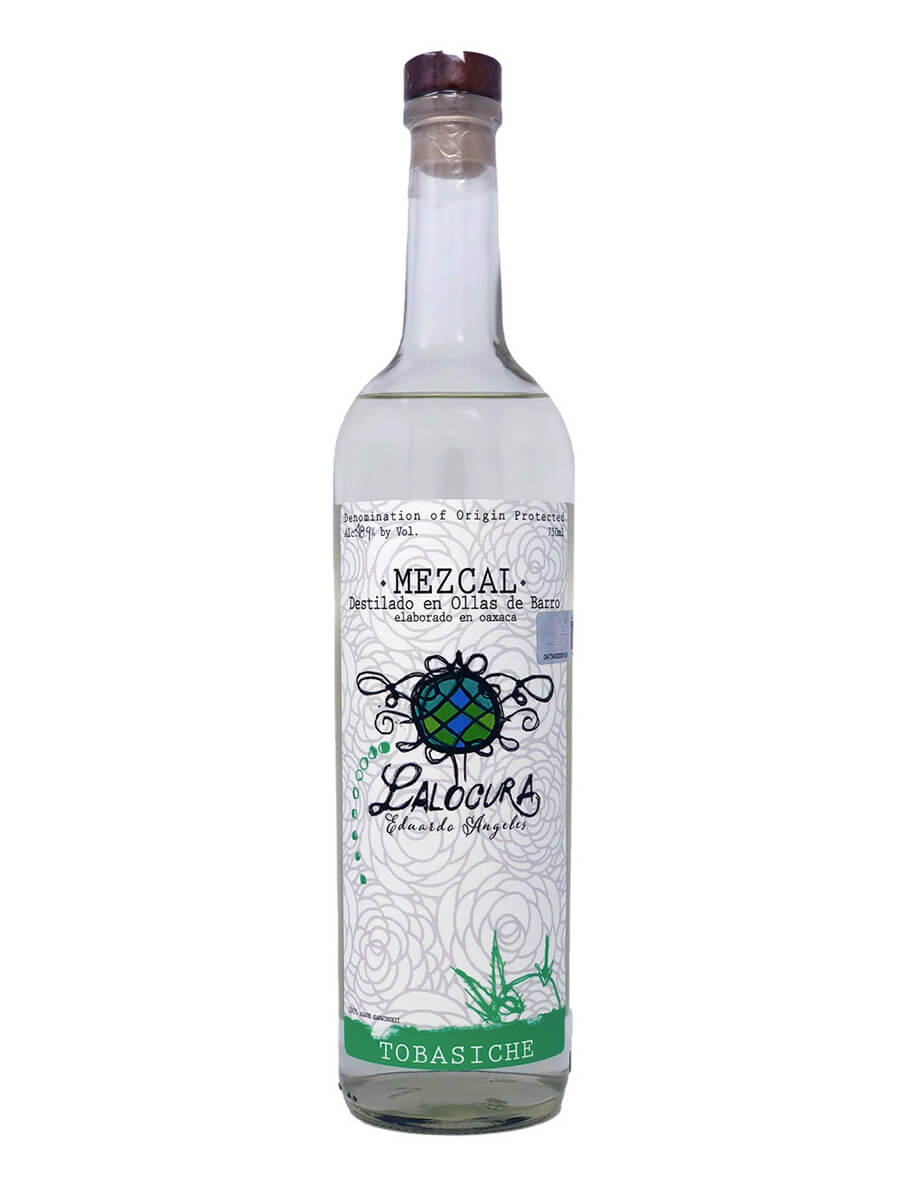 3 reviews
Rated 5 out of 5 stars5 months ago

Truly, the best mezcal I’ve ever had. My girlfriend and I spent a whole afternoon visiting the Lalocura palenque, seeing the process and tasting through 12(!!) different expressions with Berenice who works there. Towards the end, Lalo introduced himself and we tasted 4 more that he had in his house. All of the expressions were incredible, but the Tobasiche stood out to both of us as the winner of the day. Lots of tried herbs – oregano, sage, and thyme, along with a bunch of woody flavors. It managed to have a creamy texture that I usually think of with something sweeter, while also being really dry. We bought a bottle, but I already wish we’d gotten 2.

Truly, the best mezcal I’ve ever had. My girlfriend and I spent a whole afternoon visiting the Lalocura palenque, seeing the process and tasting through 12(!!) different expressions with Berenice who works there. Towards the end, Lalo introduced himself and we tasted 4 more that he had in his house. All of the expressions were incredible, but the Tobasiche stood out to both of us as the winner of the day. Lots of tried herbs – oregano, sage, and thyme, along with a bunch of woody fl

No Lote on this bottle (March 2017 date of distillation).
Tangy, sweet smell – just like I like my clays.
Taste has some real grassy notes (almost like a sotol). Brown sugar, leather. Overall very balanced, with a sweet and smooth finish.
Review #157

Distilled in 2017. Bottle 55/176. Pulled this bottle off the shelf for the first time in years, and glad I did. Lovey, lingering finish covering all your favorite Tobasiche sweet spots. Not sure I’ve tasted a Tobasiche I like more than this.

Palate – Soft and creamy. White pepper heat and tobacco smoke are well balanced. The spicy, sweet and creamy notes remind me of a Thai green coconut curry. The clay really rounds this out. Aftertaste of grilled, salted, buttered corn on the cob and delicious smoke. Solid Lalo!

Lalocura Tobasiche is a classic Lalo mezcal that you need to try. For me, this is his “signature” mezcal.

FYI if you like Largo from Minas, this is the same plant by a different name so give this a try to compare.

Upon first approach, the nose leans strongly towards aloe vera and other succulents. Immediately thereafter, fresh peat and humid, almost decaying vegetation. Then forest undergrowth, ferns, moss, seaweed, seashells. I’m reminded of my hometown in Mexico after a long, tropical, hot August rain. Clay, flint, quite mineral in fact. Perfect alcohol integration. Cooked agave and a hint of smoke top it all off. Gorgeous.

In the mouth it’s creamy, herbal, still quite reminiscent of succulents. It feels like biting into a piece of sweet, juicy cooked agave. Fresh mint, green leaves and green peppers. The minerality is still very present, along with a deep earthy and vegetal peatiness with little to no smoke. The finish is leafy and has you thinking of maguey long after you’ve finished your glass.

I could give it five stars for the nose alone, which is one, if not the most beautiful nose I’ve encountered in mezcal. I’ve successfully used this bottle to convert my fellow whisky-loving, empty-glass-sniffing friends to the wonders of agave distilates. The palate is delicious but falls slightly short in complexity, so I’ll dock it half a point for the sake of objectivity. It’s a stellar, elegant, close-to-perfection, straightforward mezcal and I wholeheartedly recommend it, but don’t expect anything funky or extravagant. For gentlefolk only.

July 2020 46.5% Strawberries and cream on the nose, palate is cilantro, lemongrass, with a spicy finish. Stellar.

This has a very savory smell to it – salted corn on the nose, which made me think it might be close to the its well known Karwinskii sibling, the San Martinero mezcal, but it was in fact quite different. It’s a rich flavor journey like a well-constructed salad: mint, sharp pea greens, corn, and a bit of saltiness. A nearly perfect mezcal yet again from Lalocura.

There were two Lalocura Tobasiches available at the palenque when I visited — so not 100% sure this is the same as the listing, but I purchased a bottle of the Tobasiche Marteño – no lot number, but it was distilled January 2021, at 47% ABV instead of the 49% listed here.

This has a very savory smell to it – salted corn on the nose, which made me think it might be close to the its well known Karwinskii sibling, the San Martinero mezcal, but it was in fact quite different. It’s a rich flavor journey like a well-constructed salad: mint, sharp pea greens, corn, and a bit of saltiness. A nearly perfect mezcal yet again from Lalocura.
There were two Lalocura Tobasiches available at the palenque when I visited — so not 100% sure this is the same as

Lovely creamy texture on the palate. Sweetness hits first – agave with notes of vanilla, chocolate, sage, clove, then evolves to more mineral with a clay backdrop to it all. A nice finish with a touch of mint and spice lingering.
Really hard to ignore this bottle in the cupboard. As others have said, when you’re not sure what you’re in the mood for, this always works. Goes down like a dream.

Fantastic…for sure 5/5. Strong and elegant at the same time.

Smells sweet, a little grassy, feels like dessert in a glass. Can already tell it’s well balanced by smelling. Taste — sweet, chocolaty at first, bitter and minerals after. A bit harsh, chocolate vanilla after taste. Very balanced Lalocura but probably not as good for me as Tobala or Arroqueno. Wish it was oiler, more full bodied.

Still, very balanced, very drinkable. This is a great mezcal as most of this brand is.

Very spice forward, I get some cinnamon, clove and then a lot of sweetness, all wrapped in clay. It is a straight forward mezcal, but a very well made one at that. I keep going to this when I’m not in the mood for anything specific. It’s just so easy to drink. Would be 5 stars but it does lack some complexity found in other mezcals I enjoy more, albeit I gravitate towards enjoying them less often.

Very gentle, controlled ABV. Agave sweetness, that swells into minerality / clay on the palate with that vanilla and touches of sage, fading more into cloves, tobacco, a touch of spearmint, and minerals. Most sensations are of sweetness, with a gentle prickle of ethanol. It’s just erring boring, and tbh maybe could use a touch more acid for structure. Solid though!

Somewhat hard to pin down. There’s a lot going on.
I get some spice (cinnamon) and a bit of dried earth on the nose.
The palate is big and warm with a light sweetness in balance. It’s got a mineral persistence to it.
Grappa? Sort of plum brandy?
Sort of a 4-4.25
It’s good I like it.

Lot L 11 lar 3, distilled 2017. “Lalo” Ángeles made batches for the Sacapalabras label in the past; this batch (with exactly the same number) was bottled also for his own brand Lalocura. I have both versions; this review is from a Sacapalabras bottle. It’s very good, with a plethora of flavours: herbs (rosemary, thyme), coffee and baking spices. I’m a big fan of Lalo’s distillates, but this one is perhaps lacking a bit of sweetness to earn a higher score.

Oh yeah, good stuff. Resisted the temptation of rubbing it on my chest.

Really solid in all respects. Better than the El J tobasiche IMHO. But if you are thinking Lalo, his Tep is much more complex. The depth in the middle of the Tep extends on the palette. The tobasiche kind of drops out and I would say this is true with other karwinskis. I really like the El J barril but it is a bit flat in the middle too. The exception, so far, is the RM largo made by other members of Lalo’s family about a mile away from his palenque.

This is my favorite out of the Lalocura line. The first taste I get is a slight blueberry that gets blended with a nice BBQ type of spice that ends with a nice layer of coconut cream on the end of it making it a really delightful layered Tobasiche.

January 2019.
I tried this against his father’s RM Largo, one of my favorites, and it’s amazing. It has such a complexity, so full. This is one of Lalo’s backbone Mezcals

Revisited. Just a completely different profile from what I got the first time around. Very nutty. 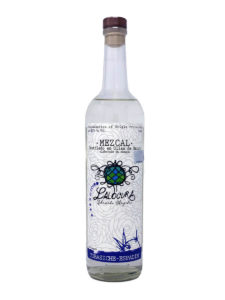 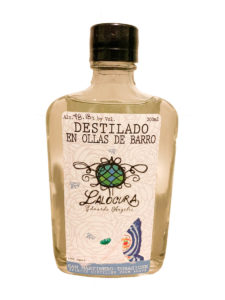 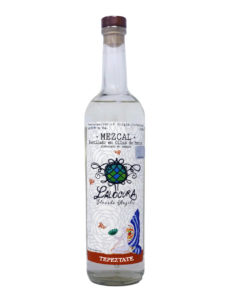 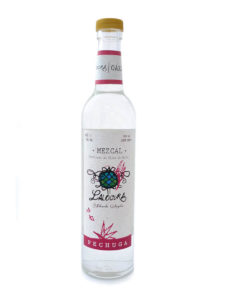 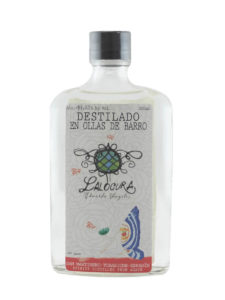 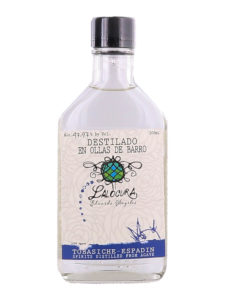