Maguey Melate Lamparillo from Gilberto Roldán was originally released as the June 2022 Mezcalero of the Month Club agave spirit. This spirit is made with maguey Lamparillo (Agave asperrima), which is one of the more rarely found agaves used in mezcal production. The agave is almost yellow-ish, very rough to the touch, and extremely inefficient for mezcal production. The temperatures in this area of Durango often reach over 90 degrees Fahrenheit, making for very quick and hot fermentations that are usually only about 3 days. 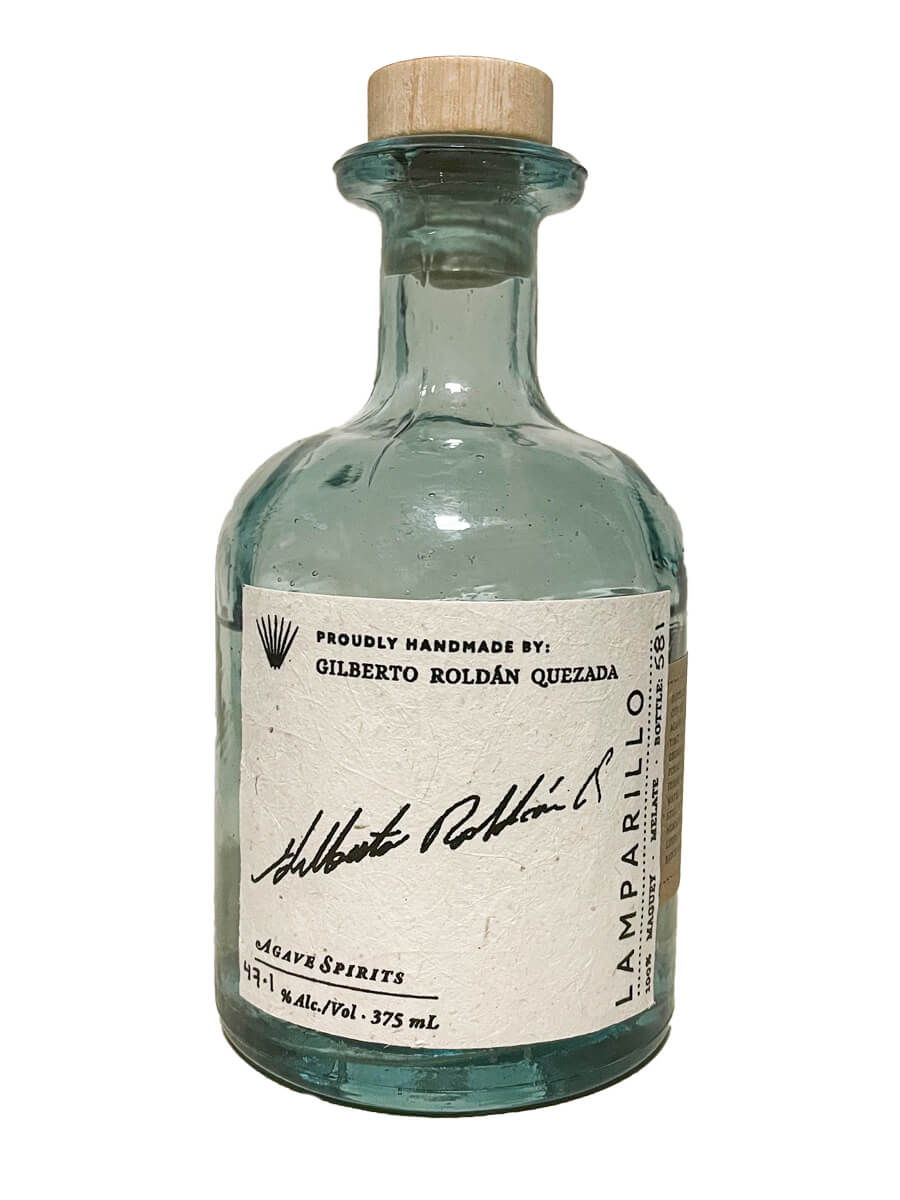 One of my 3 favorites of 2022. Love the aroma, the botanicals that almost remind me of a gin/mezcal hybrid. Great stuff.

Yes, this is really good like a dry desert. From aroma to finish this is wonderful. Aroma is dusty sawdust, cut with some berry sweetness. Taste is intense with some initial, puckering smoke but then smoothes out nicely. A little earthy and a little vegetal. The finish is my favorite part—it’s long and builds intensity with some earthy goodness. I could spend the evening with this half-bottle and be very contento.

Lot GIL-LAM-001
Aroma: I could smell this all day! Incredibly floral with grilled oranges and creme brulee and some jalepeno in the background.
Taste: As close to perfect as you can get. More orange and jalapeno along with vanilla custard and a hint of lactic funk. Incredibly balanced with just the right sweetness.
Overall: This is up there as one of my all time favorites.
Score: 9.8/10

My favorite of the 3 mezcals I’ve tried from Gilberto. Maybe it is this batch? Maybe it is the Lamparillo? It’s got an incredible confluence of sweet, sour, and bitter. It is like cooked oranges, with their sugars juices with charred bitter rinds. It is a “juicy” mezcal; at this point I’ve probably enjoyed every Lamparillo I’ve every tried. Lot GIL-LAM-001.

Good stuff, one of the more unique mezcales I’ve tried in a while.

Wow – this one is amazing. Strong smells of spicy green peppers, like jalapeños, olives. Not a tep. but equally fragrant. Reminds me of a Salmiana as Rakhal mentioned. Tase is complex – brown sugar, pepper, root beer soda. Wow – this bottle is going quick!

This is delicious!! It’s sweet and fresh and very complex. I’m tasting so many things in this spirit! It kind of reminds me of Salmiana and Tepextate but it’s definitely it’s own thing. Root beer, cream soda, strawberry soda, white Tic Tacs, white chocolate, dried oak, brandied cherries, green bell pepper, and Sativa flower. This is such a joy to just lay back and slowly sip while the different flavors just keep coming.

Lot GIL-LAM-001. Spectacular spirit!! Aromas of cognac, vanilla, custard, clove, all spice, and a touch of pepper jack cheese. The palate is big a full with bright black pepper, water chestnuts, ginger root, pecans, and cooked collard greens. I’ve had a few other releases from Gilberto and this one is stellar.