The agaves were all harvested, cooked, and fermented during the final days December 2018, and distilled just after the New Year. For the cooking process, a mix of mesquite and guamuchil was used in an oven that remained covered for 12 days. After unearthing the agave, the piñas were left to cook for four days and were then processed by machete and an electric mill. Given the colder temperatures of the season, the crushed fibers were left to dry ferment for three days before well water was added. This was followed by an additional 14 days of fermentation under open. The final batch was made with the careful blending of the heads and body of the distillate, known as the puntas and corázon, with the final cuts of each postura made at 40% alc.

Nice saltiness and fresh sugar cane. A bit floral. The agaves feel a bit muted here.. sometimes one will really stick out in an ensamble. Lot ENSMAN001.

Complex, high toned, green, sharp. Interesting, complex, but beyond that I can’t get too excited sadly.

Very pungent. One of the few mezcals where taste and smell are one. Strange “new car smell” type of smell and taste. Finish is rust/dried blood type of taste. The more I drink, the less I like this one. Closer to 3.25/5 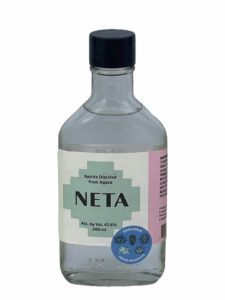 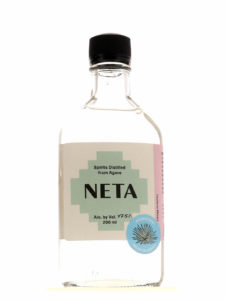