In the Central Oaxacas Valleys, maguey Arroqueño (Agave americana var. oaxacensis) is highly prized for its delicate and sweet flavors and its reportedly long lifetime (up to two decades). In the Mixteca Alta, the same species is colloquially referred to as De Horno, as an homage the historical use of the enormous “pencas” to wrap up goat and sheep meat in the preparation of underground barbacoa ovens. De Horno seems to grow more prominently in the Mixteca than in the valleys, and has a reportedly shorter life time (12-15 years). Nevertheless, it is rare to see these expressions exported to the U.S., especially one that has been resting since 2014, making this an extra special bottling to savor. 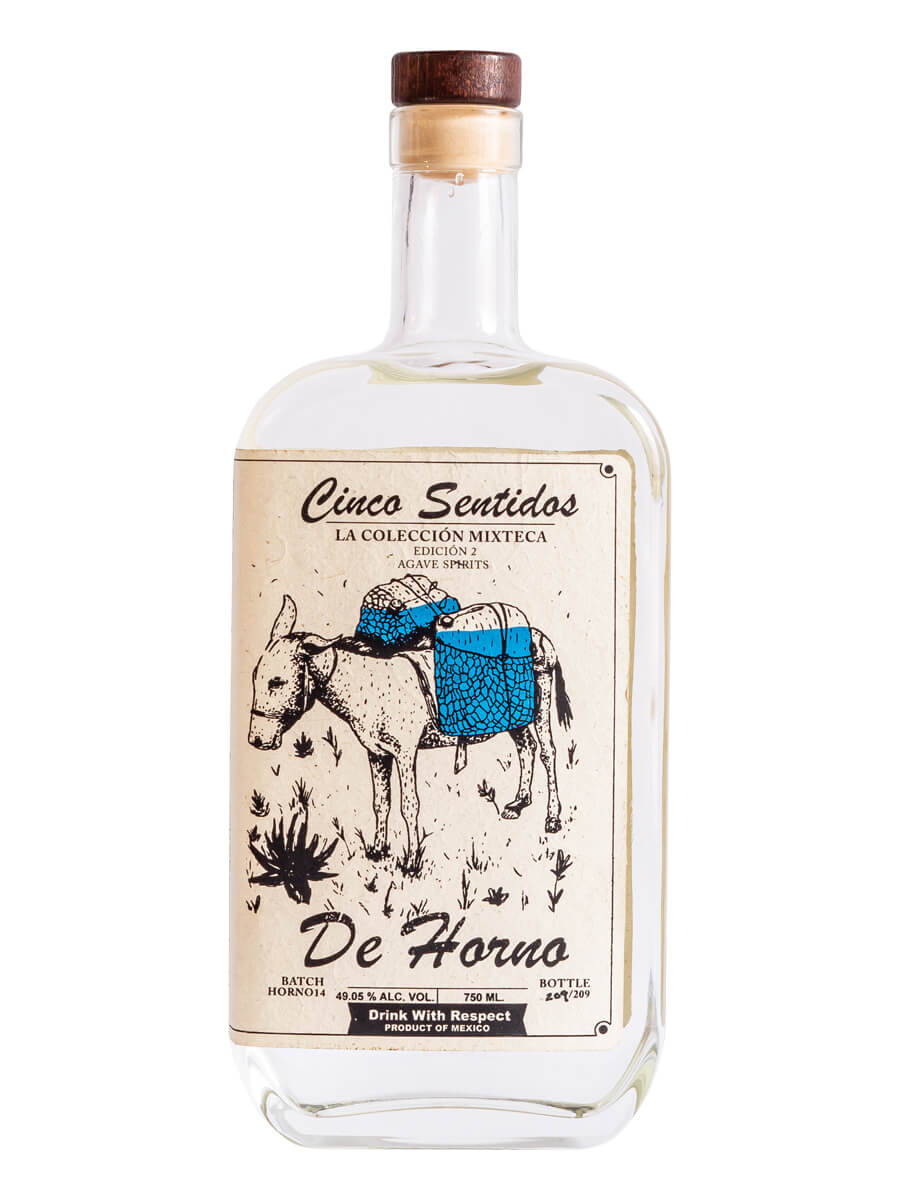 palate is very weak both in terms of complexity and profile. pretty basic, but lovely mouthfeel. I do really like the nose. between a 5+ and 6- for me but i’m leanin 6-

I get al pastor tacos, mint, and earth. A little hot but nice mouthfeel.

Update: Tried again another month or two later. Very good—great aromas as above but finish just too hot.

nice sipper.this is not a mezcal thats in your face but rather one with subtle and delicate notes.the nose is pleasant and reminds me more of a vegetal karwinski than an americana.very mild heat inspite of its 49 % abv.i agree with jonny on the tropical and mint notes.mild smoke and finish.this is a rare mezcal from this region and i feel like it was a good purchase.very good but not outstanding.

Slightly smoky aromas mixing with leather and a bit of bright pineapple. The palate has notes of lactose, lime, men’s cologne, spearmint, and some late menthol on the back of the palate. A bit hot but very enjoyable.