Don Mateo Silvestre is made with 100% wild agave Cupreata. The agave used in this mezcal are harvested from the mountainsides of El Limon, where they grow among cows and chickens. The Vieyra Vinata is cut into the side of a hill in the steep highlands above Morelia in the Rio Balsas region surrounded by temperate evergreen forest. The high-altitude climate is characterized by sandy-soil and moderate rainfall. The forest floor is soft with pine needles, moss and a red sandy clay; all of which are influences in the flavor profile of this Cupreata. Once harvested, the agave Cupreata are roasted in a pit oven, fermented using naturally occurring yeasts in Oak Wood tanks, and double distilled in a Filipino style still. After distillation, the mezcal is allowed to age in glass for one year before being bottled. 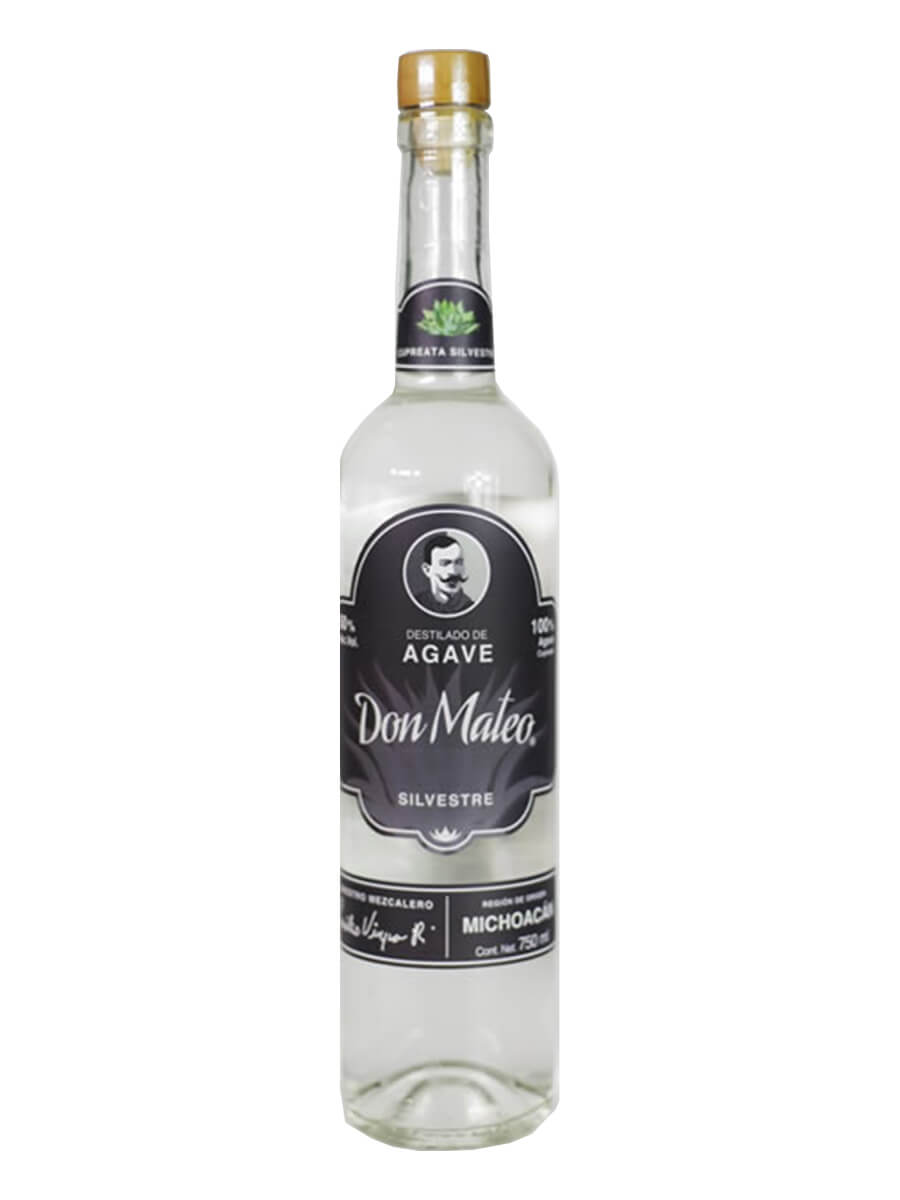 I am from Michoacan. This mezcal does not have the particular presence of the Cotija Cheese of the region that most of the mezcals of this area have.

Lote: F-29
Nose – Pineapple soda. The slightest bit skunky but by no means off putting.

Palate – Pine sap. High strength beer hoppy note. Asiago cheese. What I really like about this is the back end meaty, spiciness – it’s like panfrying dark chicken meat with a sprinkle of chopped Bird Eye Thai pepper. This finish and aftertaste is phenomenal, everything comes together and really works.

Really great overall, demonstrating some interesting character thats really enticing. This is my first Don Mateo and almost assuredly not my last.

This smells more classic to me for Michoacan, floral, slightly metallic, with a fruity sweetness. The smoke is still there, pine wood, and a bit of aged cigar. The herbal notes are a blend of fresh and dried. Red [bell] pepper.

More complex development of papaya like fruit notes, cilantro here as well. Not as acidic, nor mineral, and equally present smoke. There’s a spiciness that seems to be ethanol driven on the palate. Lot 27.