Don Mateo Cupreata is made with semi-wild agave Cupreata by maestro mezcalero Emilio Vieyra. The terroir of Michoacan is characterized by its rivers; the Trans-Mexican Volcanic Belt with many active, dormant and extinct volcanoes; and the variety of forests from conifer to tropical. The Vieyra Vinata is cut into the side of a hill in the steep highlands above Morelia in the Rio Balsas region surrounded by temperate evergreen forest. The high-altitude climate is characterized by sandy-soil and moderate rainfall. The forest floor is soft with pine needles, moss and a red sandy clay; all of which are influences in the flavor profile of Don Mateo Cupreata. The agave used in this mezcal begin life in the Vieyra agave nursery. Once they grow to a healthy size, they are replanted on the mountain slopes surrounding the palenque, and left to grow undisturbed until reaching maturity. Once mature, the agave Cupreata are roasted in a pit oven, fermented using naturally occurring yeasts in Oak Wood tanks, and double distilled in a Filipino style still. 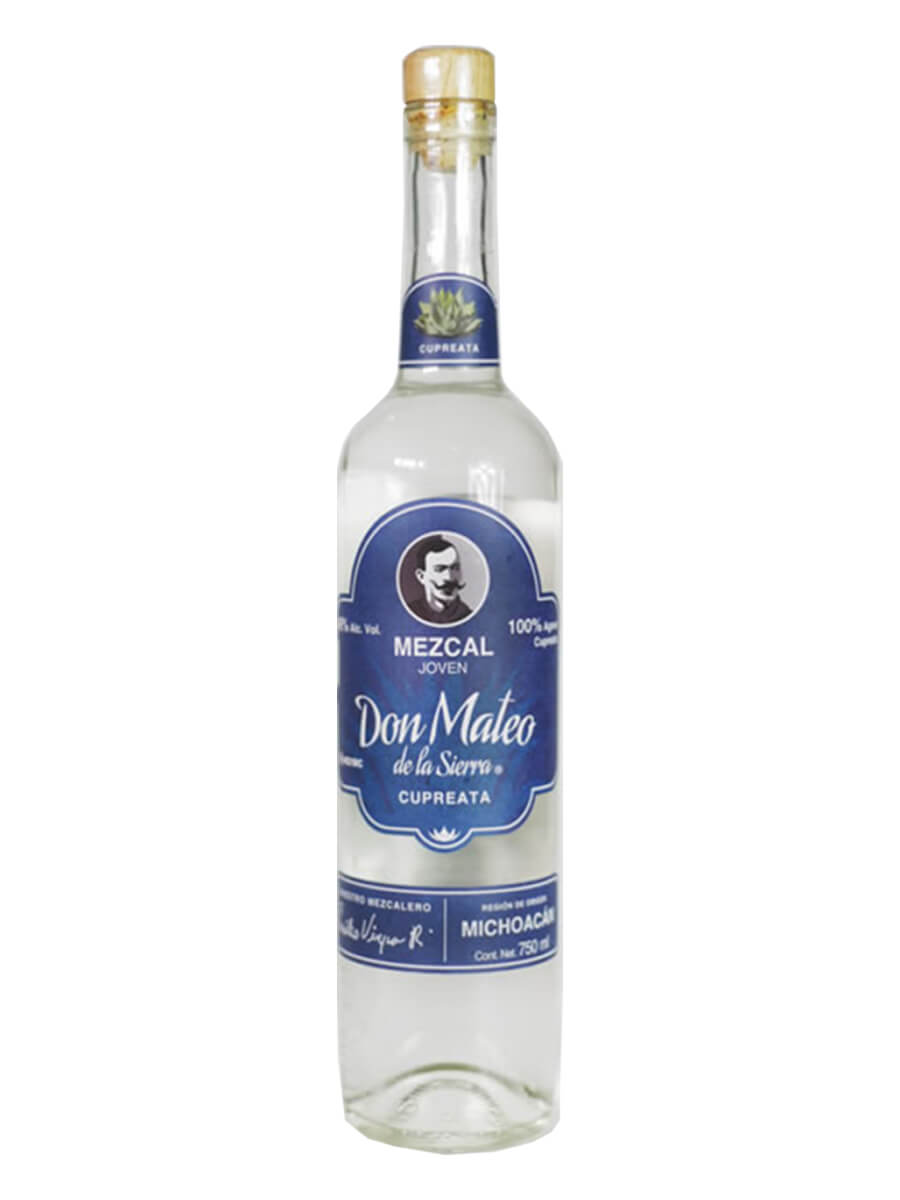 Palate – Quite a bit of pine – needles and wood. Grapefruit citrus and rind. White pepper heat. Some black licorice in the aftertaste.

In Morelia I had this in some amazing cocktails, it seems to be stronger there than sipping on its own.

I did not get the batch number.
Nose : Very delicate citrus with a bit pepper.
Taste : Very clean. Some sweet pine and more citrus fruits.
Finish : short.
Well priced but maybe more of a really good cocktail mezcal

Grapefruit and wet stones on the nose. Cooked agave and some piney herbs join in the mouth. The sweet agave goes a bit caramel on a medium finish.

I love this bottle. It’s everything I like about cupreata, amplified. At around $65 dollars, it’s a steal.

Lot 20 from 2015. Bottle 108/696. Big and fruity. High notes of grapefruit and fresh berries. A bit of pepper and little pine and cut herbs. Really enjoyable.

Surprisingly good Cupreata. I’m having this in a wonderful restaurant in Morelia. Cupreata is more of a Michoacan Guerrero thing. A bit of licorice. Not a real strong finish. Ordering another one now.

Really enjoyable on the nose, lots of floral, citrus and fresh cut grass notes. The flavor is bright and brings a nice minerality and low key tones of pepper and pine.