Hacienda Oponguio Ensamble is made with 70% Agave cupreata and 30% Agave inaequidens, which is a wild agave that grows in the town of Erongaricuaro, Michoacán Mexico. After the agave is cut, the agave is taken to an underground pit oven. Avocado and Oak wood is used to heat the oven, which covered with volcanic stone. The agave is placed on the stones and then covered with dirt. After 3-4 days the cooked agave is removed from the oven and is left 2 days to rest. Next, the agave is milled, followed by all-natural fermentation. The fermentation takes place in wooden tubs for 4-5 days. Finally, the agaves are double-distilled in an artisan alembic which is mainly made of wood with a couple of copper containers. 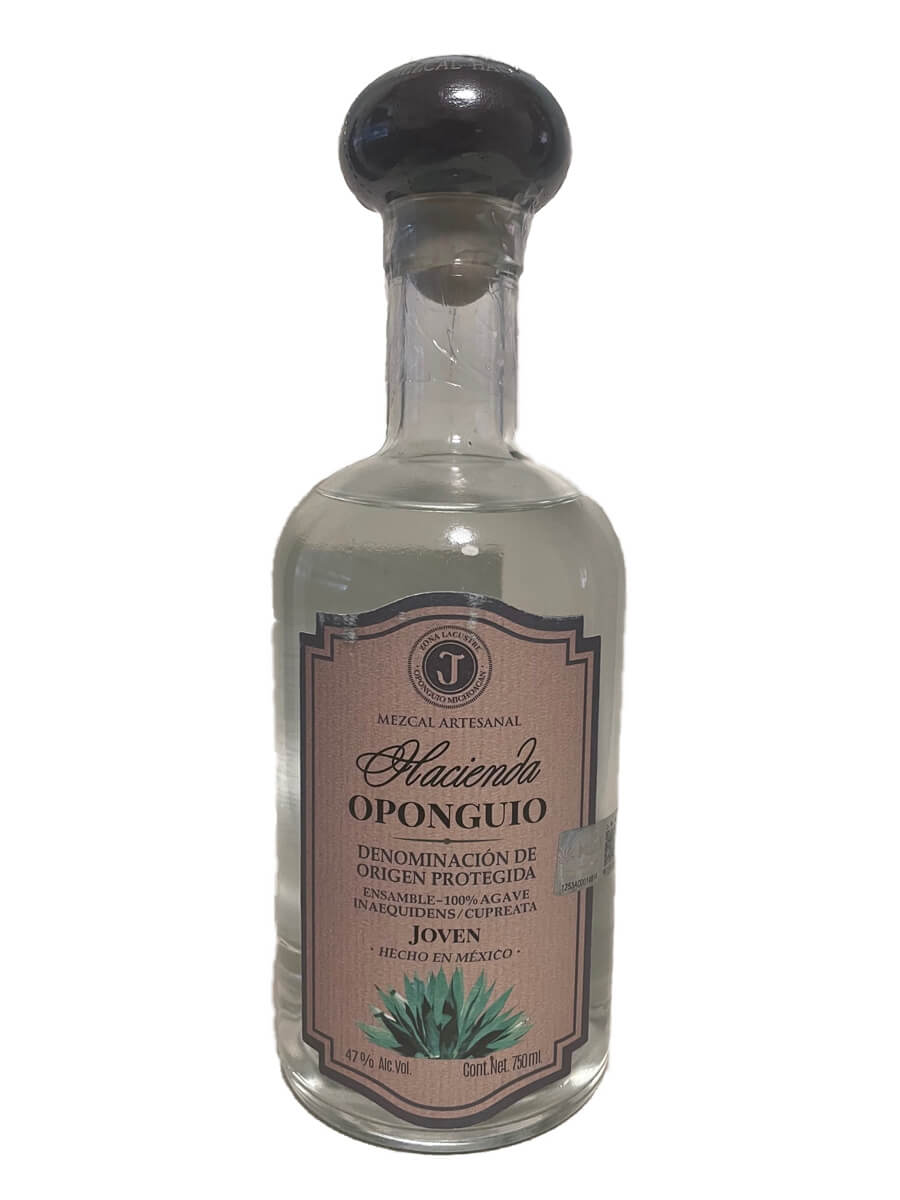