Hacienda Oponguio Ineaquidens Herbal is made with Agave inaequidens, which is a wild agave that grows in the town of Erongaricuaro, Michoacán Mexico. It can take 20-25 years for the agave to reach maturity. After the agave is cut, the agave is taken to an underground pit oven. Avocado and Oak wood is used to heat the oven, which covered with volcanic stone. The agave is placed on the stones and then covered with dirt. After 3-4 days the cooked agave is removed from the oven and is left 2 days to rest. Next, the agave is milled, followed by all-natural fermentation. The fermentation takes place in wooden tubs for 4-5 days. Finally, the agaves are double-distilled in an artisan alembic which is mainly made of wood with a couple of copper containers. It takes about 30-35 kilos of agave to make 1 liter of mezcal.

This Herbal expression is made with agave that have a slightly lower sugar content when cut during the colder months of the year. 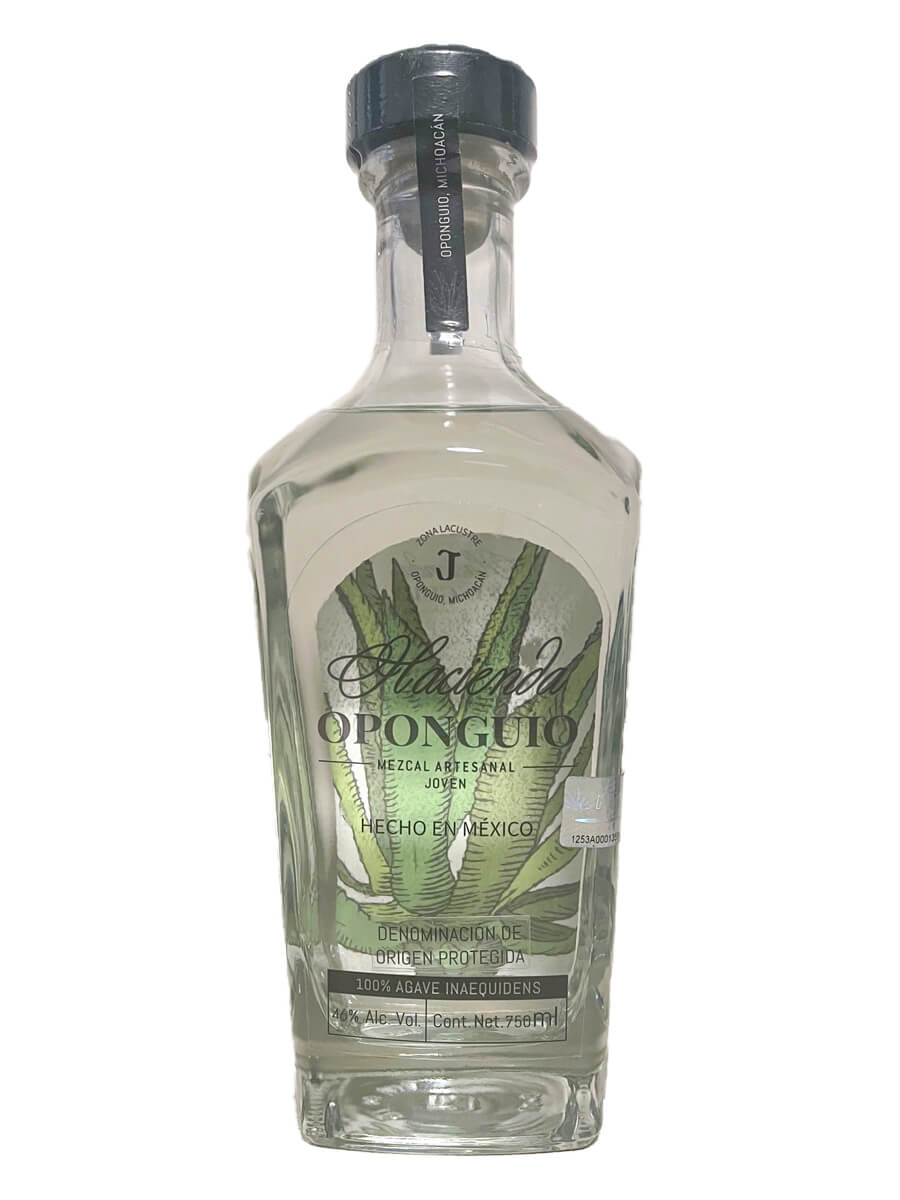 No lot # – This was my personal favourite from the Inaequidens flight. Was perfectly balanced between herbal freshness, lightly astringent (dry) and a touch of sweetness. Great finish and left me wanting more so I had to grab a bottle for home. These guys are doing a great job in a beautiful location and are super welcoming

Lot I1-1. Aromas of horseradish, raw sugarcane, sage, black pepper, and fresh flower blossoms. A bit stronger aromas, but less complex on the nose than the Frutal from this brand. Light on the palate. Soft and delicate. Notes of green tea, cilantro, sweet lemonade, and dried sage.

*note: tasted the Frutal, Herbal, and Seco from this brand as a flight for comparison