Maguey Melate Tepextate from Reina Sanchez was originally released as a 50ml taster in the February/March Mezcalero of the Month Club. It was also released in the Melate Store at the same time. Reina’s mezcal can be found in some of the best mezcalerias in Oaxaca City, however her spirits are rarely available for export. Lot REI-TEP-001 was produced in February of 2017 and aged for 4 years before being bottled for release. 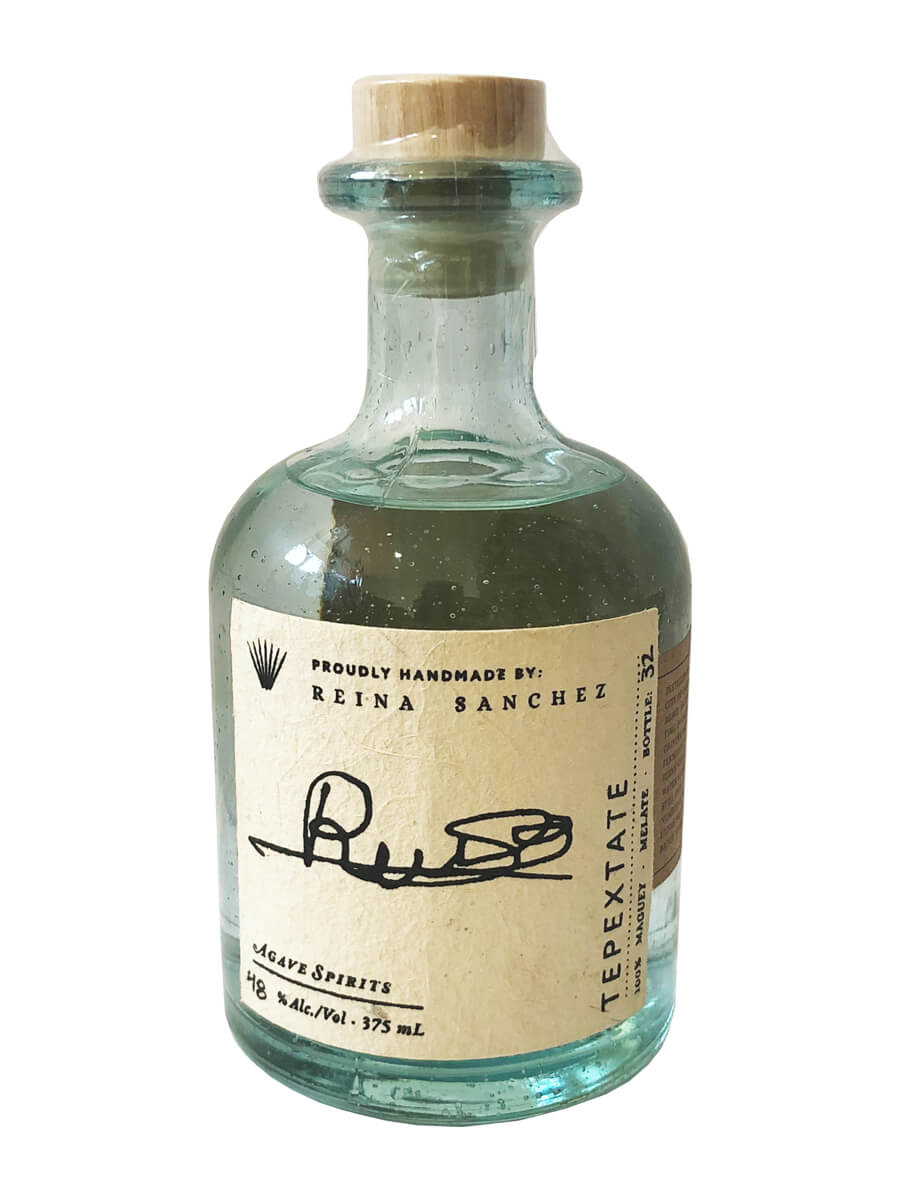 Reina Tepextate is always legendary. This is a great batch. Nose is earthy, you really get her land. This is grassy, sweet onion, tobacco and complex.

REI-TEP-001 – The nose on this one is unbelievable, a well-balanced mix of green peppers with ripe fruit, mint and a hint of tobacco. The palate is bold, vegetal with grass and pepper and a little smoke and salt. Long finish with a lot of complexity to work through.

Palate – Chopped up poblano. White onion. Camp fire smoke. Sweetness reminds my a raspberry jam, icing sugar on pancakes as a kid (I didn’t like maple syrup, how un-Canadian of me). Finish and aftertaste goes on for minutes. Great stuff!

I’ve always resisted Tepeztate as its profile just doesn’t appeal to me but this one is my favorite expression of this sought-after agave. All the trappings you look for with sweet jalapeno pepper, crisp green veggies, fresh, cilantro, and perfectly balanced jammy sweetness that I seldom taste in a Tep. Had this another time as part of a tasting menu at Cuish Mezcaleria in Oaxaca and it blew away their other expressions.

Wow…this one has it all. Great, and classic tepextate notes that I love – fresh jalapeño, fresh green pepper. Some good smoked green veggies (asparagus). Spicy. A bit sharp at the end, but overall very solid mezcal and tep….I’m buying a 375ml now.
REI-TEP-001, 50ml from Melate.

Tons of flowers, red bell pepper. blander tropical fruit (dragon, papaya). super duper clean. This ones for when you’re having oysters or raw scallop or st like that. light, bright as fuck. High level of minerality, light in texture. Some sharp white pepper, lemongrass, wheatgrass, lime zest. another wonderful one from MM

Solid Tepextate. Fresh Jalapeño, fresh green bell pepper, I totally get Jonny’s rose petal notes, and GreenspointTexas’s blueberries, blueberry jam actually for me. This is really good. I’ve had her Tepextate before with Piquete Zina and La Clandestina and this is on the same level.

What johnny said. Like a fine cigar or breath of fresh mountian air, in terms of punch and effect. Opens with foie-like umami and green onions. Throw in some mandarin oranges too. Ends with cotton candy and blueberries. Very good overall

REI-TEP-001. Sweet green aromas on the nose: green peppers, fresh cracked black pepper, white onions, papaya, and pineapple. The first sip made me actually say “wow” out loud, so big and full and robust. The palate is rich with minerals, bright bell peppers, sea salt, lavender, and rose pedals. This is really nice. Reina makes one of my favorite Tepextate mezcals and this batch is fantastic.