Mal Bien Borrego is made by Don Antonio Sonido, who first started to work with maguey and mezcal in his mid-20s. He used the wild papalote growing on his family’s land as an “in” with an experienced mezcalero who lived nearby. Don Antonio continued to hone his craft using other neighbor’s fabricas in exchange for a cut of the finished product until 2011, when he and his son Lorenzo built the family’s first fabrica.

In addition to papalote, the Sonido family also grows some espadín, which is still considered something of a rarity in the region, having only arrived in the late 2000s.

Don Antonio is credited among his peers as the originator of borrego mezcal: a “pechuga” that uses lamb along with the local blend of mole botanicals. His pechuga starts with a base of single distilled papalote, to which he adds 30 liters of lamb broth, fresh grapes, raisins, lemongrass, pineapples, cinnamon, and almonds. This mix is then distilled a second time. 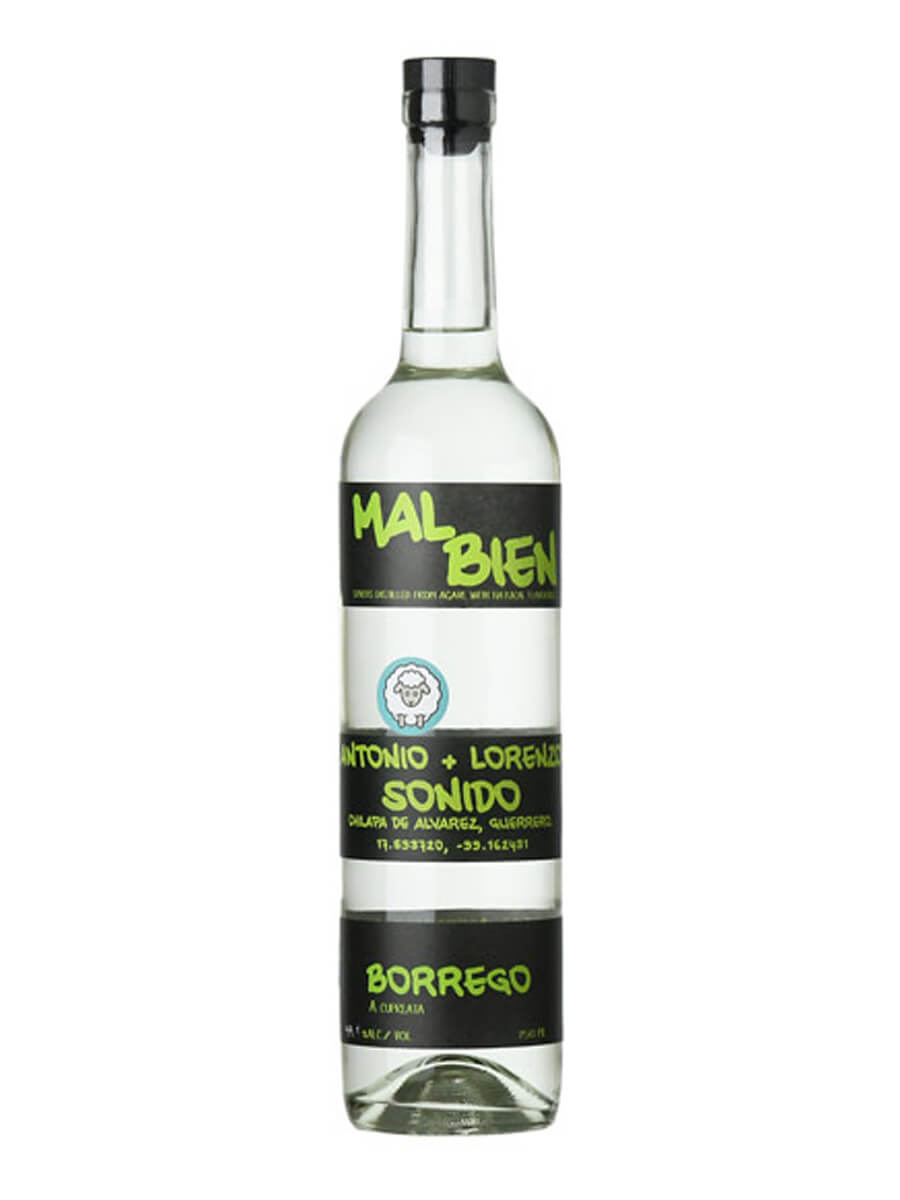 Lot 1020AS. Aromas of sweet peppermint, Canada mints, plum, mango, orange, kiwi, barbershop musk, with a touch of ham. The palate is much less fruity and far more meat-centric with notes of grilled ribeye, grilled garden greens, chocolate mole, chalky minerals, and dry clay. A bit of heat on the back of the palate but this settles out really nicely. Deeply complex.