Real Minero Barril, Madrecuishe was made with 59% maguey Barril and 41% maguey Madrecuishe. This is an Ancestral mezcal, meaning (among other things) that the agave used in this mezcal were milled by hand and distilled in small clay pots. This style of production has been around for centuries and uses absolutely no modern equipment. Produced in March 2018, the entire batch of just 59 litres was allocated for the state of Texas. 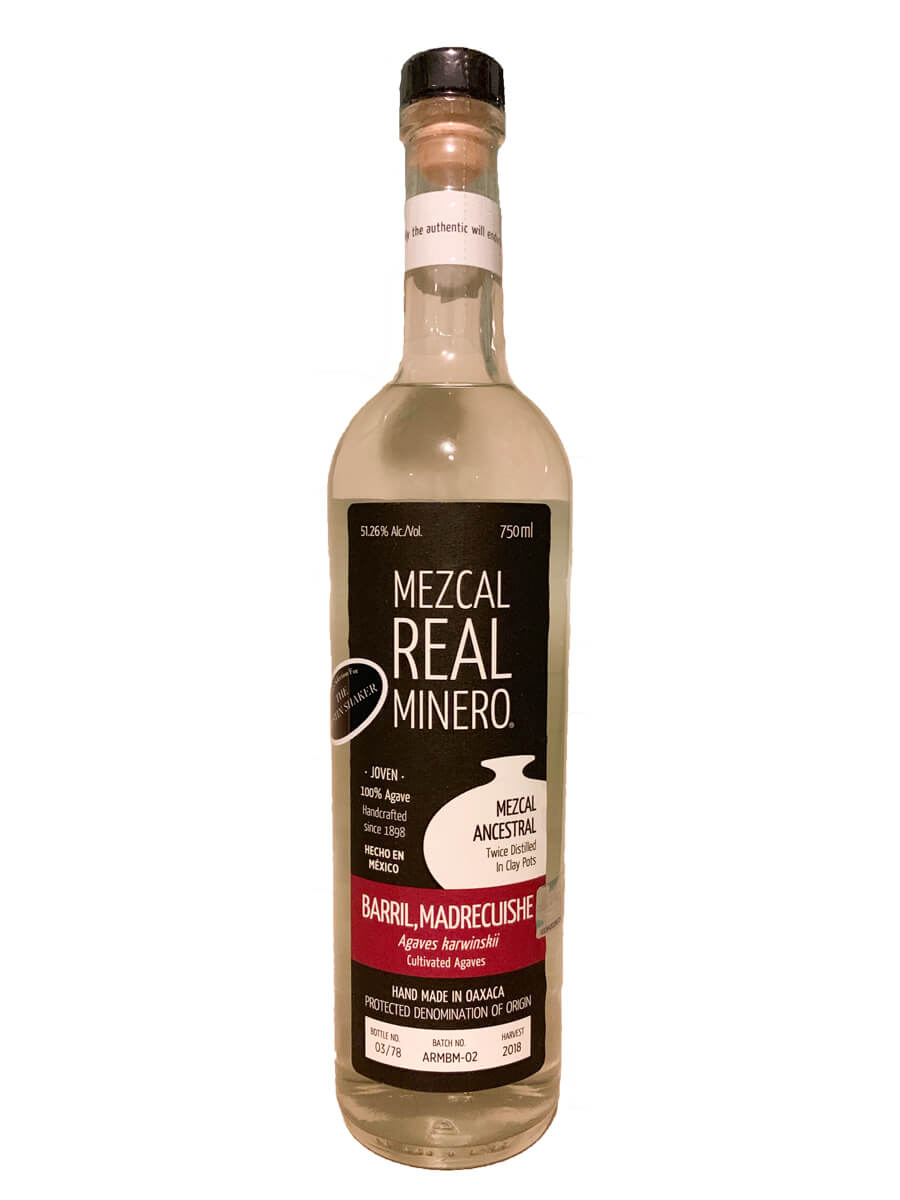 Wow this one punches you in the face but with a beautiful bouquet of sweet and mineral flavors. So perfectly balanced. Slightly viscous, not too smokey, toasted pineapple. Slight mineral after taste. Heat heat heat in my throat but the one you want to keep drinking again and again.

Better than expected. Applesauce and a lotta karwinskii’ish flavors up front… then it lays you down on a silky mango/papaya marshmellow mattress while listening to Marvin Gaye with the lights down low. Very enjoyable, worth buying a bottle of this Austin Shaker exclusive… unfortunately, I was told this was the last bottle in stock 🙁

Good sweetness with grassy tones on top of the agave. Finish is a leaning a little too acrid for me with the ash notes. There’s a tiny hint of peppers, maybe a dried red pepper in there, with mild fresh tobacco as well. The minerals, white pepper, and vanilla linger the longest and provide a rustic retro-nasal experience.

Above average, good depth, but the finish leaves the most to be desired. There’s just a little too much acrid “ashtray” action for the price asked, rating is independent of price to be clear.

Lots of cream, minerality, and a decent ashy smoke. Florality like dandelion, some gentle lemon [Pledge], fried plantains. Black raspberries, almost cherry, grass, cedar, vanillas. Decent complexity but the clay profile is the main driving factor. The smoke is a touch acrid.
Good sweetness with grassy tones on top of the agave. Finish is a leaning a little too acrid for me with the ash notes. There’s a tiny hint of peppers, maybe a dried red pepper in there, with mild fresh tobacco as well. Th

Very tasty! The 59% Barril in this blend is evident up front with dark chocolate notes and leather. The 41% Madrecuishe comes in for the finish with some herbal minerality. Faint floral notes of fresh roses in the background mixed with wet clay. I am enjoying this one very much. Well worth searching for if you happen to be in Austin or San Antonio where this was released. Bottle 01/78.