Lupe López produces sotol, lechuguilla, and sotol/agave ensambles in Madera, Chihuahua. He was trained by Maestro Bienvenido Fernández. After his apprenticeship, he began distilling in his ranch which neighbors the state of Sonora. The agave Angustifolia which grows in his region is the same used in Bacanora. His Lechuguillas are usually made using agave Shrevei or agave Bovicornuta.

Sotoleros is a collection of traditional distillates from northern Mexico, which seeks to represent the tradition, art and culture of the region. Products from this brand began appearing on shelves in early 2021. Sotoleros has a connection with the legendary brand Clande Sotol – the colors on the bottle labels follow a similar pattern too. However, Soloteros is not a “rebrand” and the exact history between the two brands is unknown. 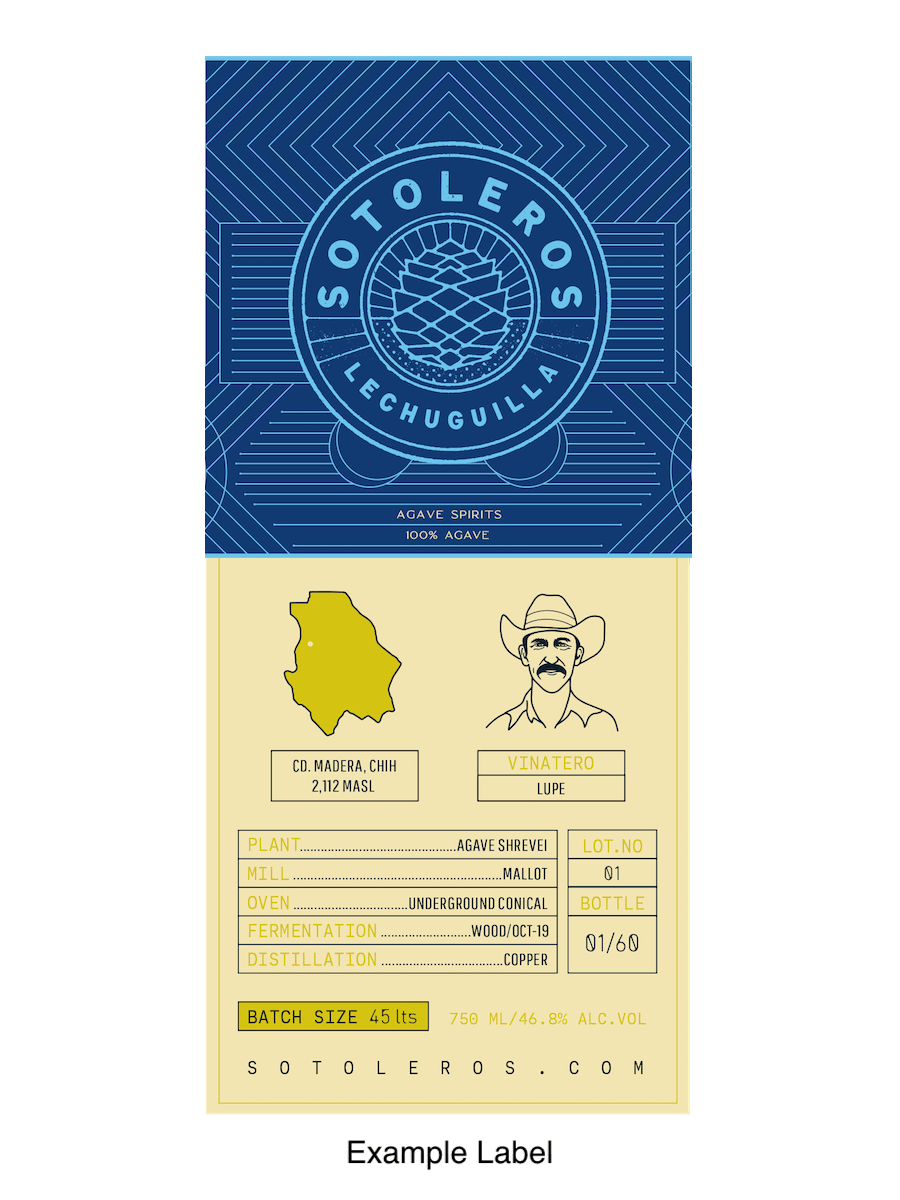 Palate – Man…. first sip is a delicious balance of grass, brown sugar and perfect heat, what an entry! From there, dried fruit (dates perhaps), slightly herbal and the smoke element is like singed grass (GoT reference: “kissed by fire”, ha!). Fantastic to sip!