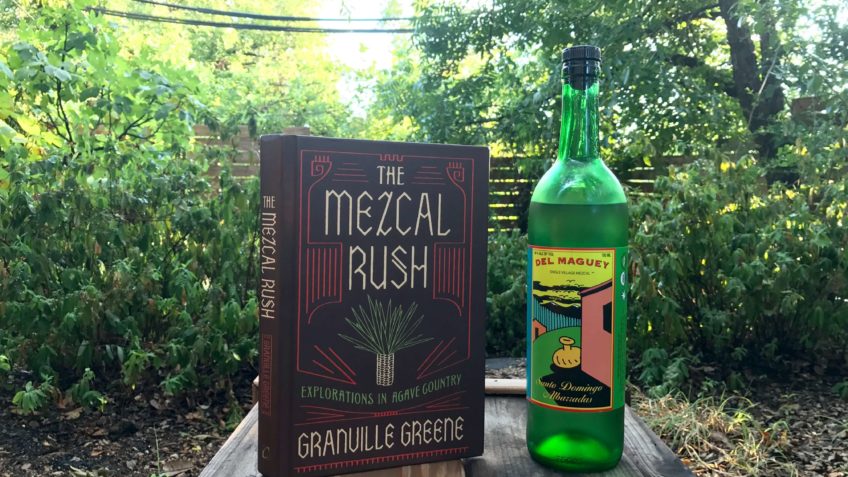 According to his bio on Amazon

, author Granville Greene is a graduate of The Writing Seminars at Johns Hopkins University. He has written for Outside, The New York Times, and many other publications. The Mezcal Rush: Explorations in Agave Country begins with Green recalling his first experience with mezcal as a college student. He and his friends picked up a cheap bottle of rust-colored mezcal with a worm (see Monte Alban). Not surprisingly, his interest in mezcal didn’t start then. Later in his life, the late 1990s, curiosity met good fortune and Greene picked up a bottle of real mezcal. He was at a gourmet-food store in Santa Fe, New Mexico and noticed mezcal in wine bottles with nice artwork. There were no worms to be found and he was intrigued. Most of the bottles cost around $45 but one was mislabeled at $15 so he bought it; that bottle was Del Maguey Santa Domingo Albarradas. After going home and taking his first sip, his adventure, “down the rabbit hole” as he puts it, began.

The first half of the book focuses on Greene’s travels in Oaxaca and specifically with Ron Cooper and some of the Del Maguey mezcaleros. Greene’s first trip was in 2000 on assignment with Mountainfreak magazine. At that time, Del Maguey was exporting mezcal from five families in Oaxaca. As the book goes on, it’s a bit hard to keep track of his timeline but he does a lot of traveling in Mexico, spending time with the same mezcaleros and their families on multiple occasions. Greene lived in Oaxaca for about a year as he was writing this book. I’m assuming he is quite proficient in Spanish because he travels like a local using colectivos (shared taxis) and spends a significant amount of time with the locals far away from English-speaking urban areas like Oaxaca City. On his many trips he spends time with Faustino Garcia Vasquez, maker of Del Maguey Chichicapa, Espiridion Morales Luis, maker of the Santa Domingo Albarradas, and Paciano Cruz Nolasco, who makes a number of mezcals for Del Maguey in San Luis Del Rio. During one particular palenque trip, Greene shares his experience of helping distill an entire batch of mezcal which lasts many hours through the night. He recounts numerous intimate experiences in these remote villages and that adds a lot of authenticity to the book. Overall it seems that Del Maguey has had an overwhelmingly positive impact on these mezcaleros and their communities, which is not always the case with American brands.

They Call Him Pueblo Grande Verde

About halfway into the book, it begins to feel a bit like you’re reading Ron Cooper & The History of Del Maguey, however there is much more to this book and author doesn’t withhold criticism of Del Maguey. At one point he notes that a Del Maguey bottle states that the palenque is at an elevation of 8,500 feet yet when Greene checks Google Earth while on site, the elevation is closer to 5,000 feet. Oversight or intentional exaggeration? The tone suggests that Ron Cooper may be adding a larger than life mystique to his brand. He’s an interesting luminary and while the book doesn’t delve into Ron Cooper’s psyche it definitely provides some insight into his personality. Greene recounts attending Tales of the Cocktail, an annual industry event in New Orleans, with Cooper and mezcalero Paciano Cruz Nolasco (who doesn’t speak English). At the conference, Cooper and Nolasco participate in a discussion about mezcal with a few other panelists and Greene shares his thoughts on the outcome.

As the book progresses, a strong theme develops which is Greene’s reverence for mezcaleros and their families. One week, he will be in an Oaxacan village, sleeping in a cot in a town with only one telephone. The next, he’s in Europe where they are pouring shots of mezcal for 12 Euros each. He emphasizes the importance of appreciating small-batch mezcal as a product of a families in rural Mexico. He doesn’t really offer solutions to the problem of disenfranchised mezcaleros, but he shares his displeasure of the current state of many mezcal producers. More mezcal is being imported into the United States every year and only certain brands choose to print the name of their mezcalero on the bottle, much less pay them fairly. Many mezcaleros in remote areas are unaware of the market prices and just want to make enough money to feed their families.

As the author becomes more immersed in mezcal, he visits the production sites of other well-known brands like Scorpion and Real Minero – two very different mezcal companies. In between stories about palenque visits and interviews with industry leaders, Greene briefly waxes philosophical. He shares notes from an essay about “authentic authenticity” in food and drink, which is critical of American celebrity chef Rick Bayless, who specializes in Mexican cuisine. The writing goes on to briefly touch on ideas around cultural appropriation and the rise and fall of trends. These interesting subjects aren’t preached like gospel.. they are simply food for thought. Throughout the book, there are little (productive) detours into history and politics which give you insight into Greene’s perspective on his experiences. 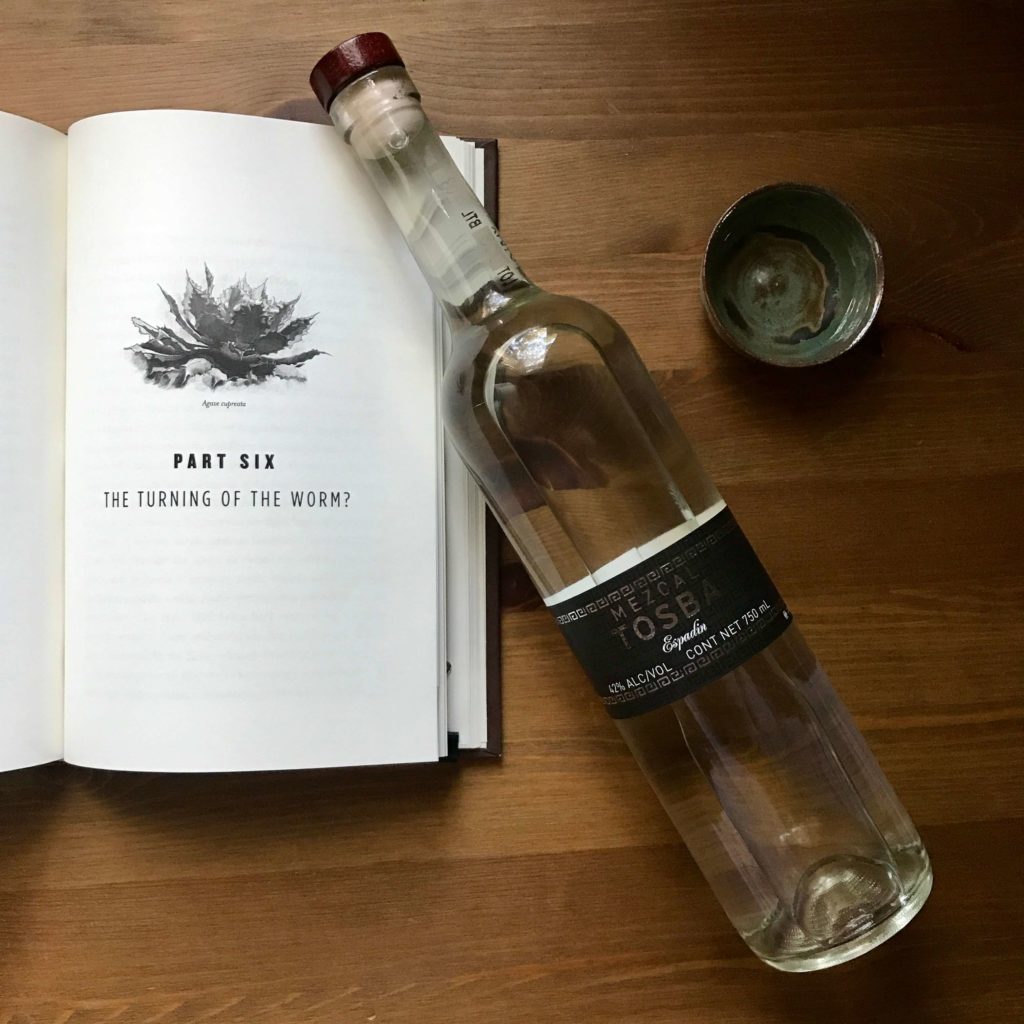 Right when things in the mezcal business are looking dim, the author introduces us to a few brands that are under the radar for many mezcal consumers in the United States. First, Greene travels to Guerrero and learns about a mezcal collective called Sanzekan. They are group of mezcaleros that own enormous amounts of land and have thousands of semi-cultivated agave cupreata growing for future papalote mezcal. The name of the collective translates to “Onward Together” and a portion of their profits go back into their communities. Later, he meets the founders of Mezcal Tosba who worked restaurant jobs in California and sent money back home to their village so agaves could be planted. They were not from a family of mezcaleros but saw mezcal as a way to enrich their community. The business models developed by these two brands (explored in this book) represent a bright future for mezcal. The Mezcal Rush ends on an inspirational note, echoing the theme of respect for the makers of mezcal and their families.

A different kind of mezcal book

The Mezcal Rush is an supremely enjoyable read. I consumed this book after my first trip to Oaxaca and reading it made me want to immediately schedule another trip. While this book is clearly focused on the subject of mezcal, it’s a very personal book. Greene is a very talented writer and transports you to deep into the hills of Oaxaca. His writing style helps you experience the sights, sounds, and smells of the palenques he visits. He also did a lot of research for this book and provides external commentary about a lot of interesting subjects related to mezcal and Mexico. There aren’t many mezcal books in general but some of the current offerings are essentially Mezcal 101. Those are totally necessary and are great for introducing readers to the spirit in a straight-forward and educational way. The Mezcal Rush has introductory mezcal knowledge interwoven throughout, but goes beyond the product by exploring the lives of mezcaleros and their families. If you want to gain a deeper understanding of mezcal and its people or simply enjoy a well-written travel book, I recommend picking up a copy of The Mezcal Rush.

Wow Tyler, you’re a great writer too! Super on-point review! I read the book 2 weeks ago during our beach vacation which was fun.

This was an adventurous book…I felt like I was travelling with him. I got so excited about Mezcal while reading this, I immediately started adding to my collection via the web ;p 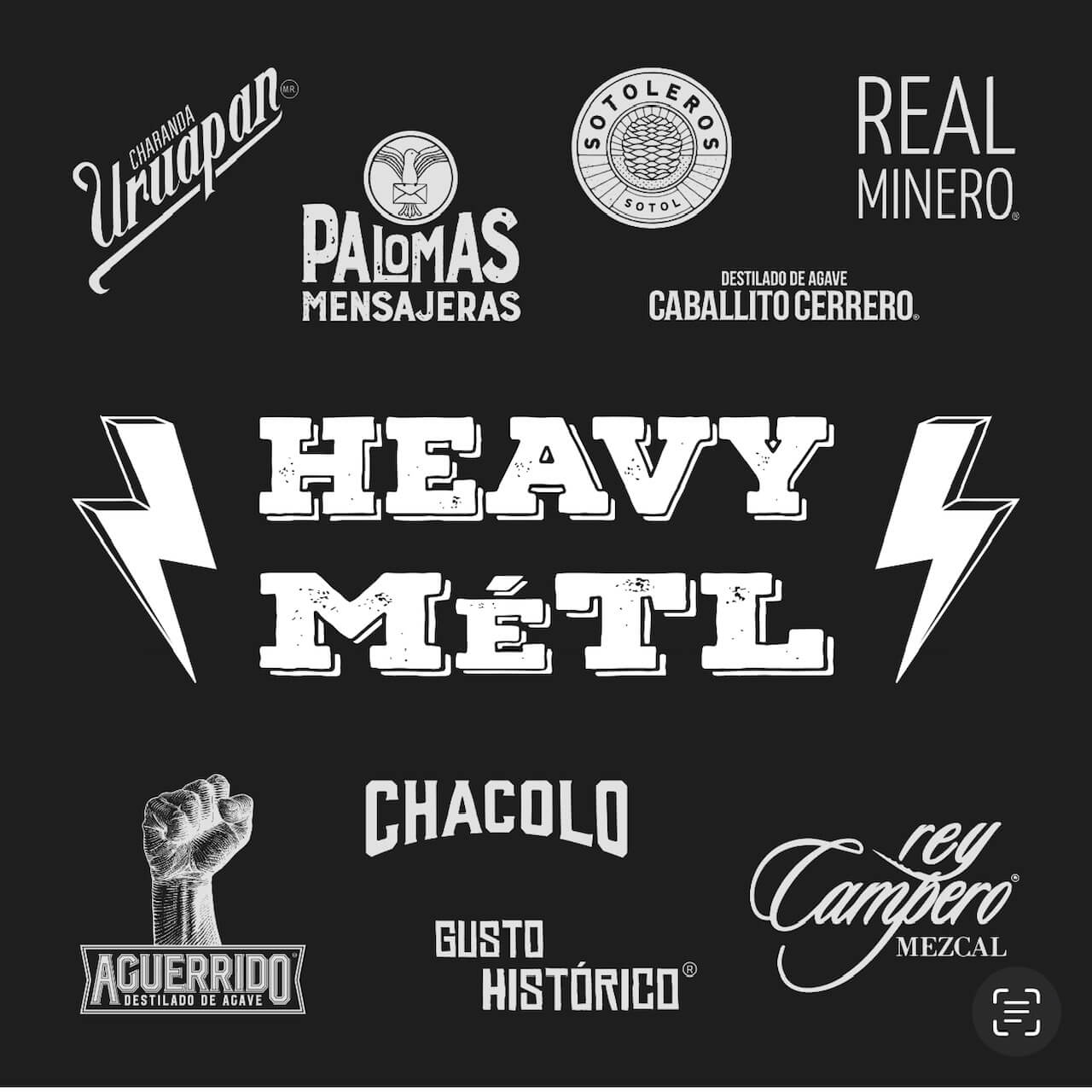