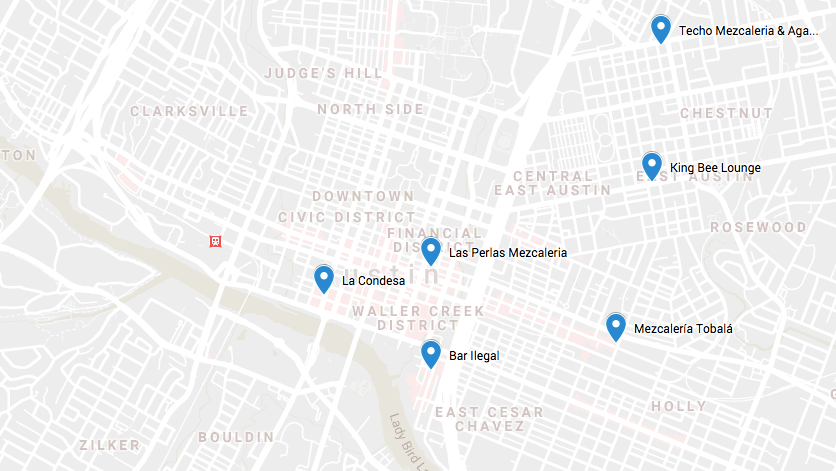 There is a lot of mezcal in Austin, Texas. Whether you’re looking to have a mezcal Paloma, or you’re trying to get totally smoked (pun intended) on straight mezcal, Austin has options for you. It’s the perfect city for mezcal. People here are risky, rowdy, and yet oddly refined. Indeed, mezcal and Austin are a perfect fit.

Austin gets a lot of its mezcal from distributors in larger cities like Dallas and Houston, where a lot of US mezcal imports are funneled. There are also several mezcal brand owners who live in Austin, and they help to ensure that almost any bar worth going to carries some mezcal, or has some mezcal mix drinks on the menu.  Here are a few places we recommend:

Las Perlas is Austin’s extension of the Las Perlas in Los Angeles. It opened it’s doors in September 2017 with more mezcal on the shelf than most other spots in town, and they continue to add to their massive wall of agave spirits. They have a deep understanding of the mezcal world and they offer a variety of agave spirits served neat or in delicious cocktails. The space is big and has a nice outdoor patio that is shared with the Whiskey bar next door. If you’re trying to get there, make sure you’re not headed to Perla’s or La Perla, which are different restaurants/bars that don’t serve mezcal. Read more reviews 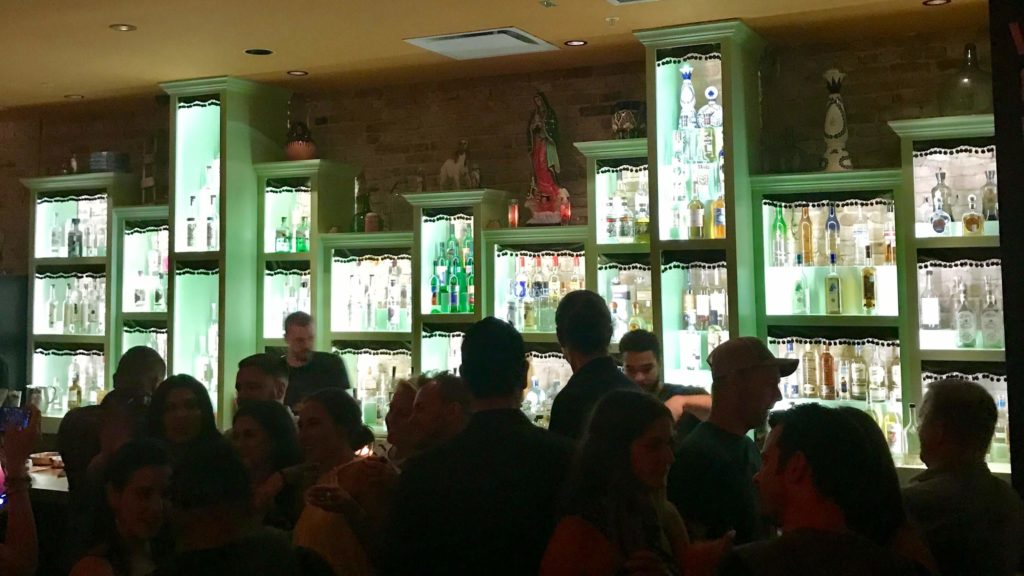 Mezcaleria Tobala is located on the second floor of Whistler’s in East Austin. It’s candle lit, and it has a few small tables that seat two people each. Their selection is always top notch, and their bartenders know a ton about mezcal. These guys are really passionate about the stuff they serve, and they carry some very rare mezcal. It can get a bit crowded at certain times in the night as the mezcaleria is small. Tobala is not always open during the same hours as Whistler’s, so make sure to check ahead of time. Read more reviews

Clive Bar served me my first mezcal in Austin. It’s on Rainey Street, where 90% of the bars are converted from old homes, and many of them still look and feel like you’re drinking in someone’s living room or on someone’s front lawn. Clive’s mezcaleria, Bar Ilegal, is in their backyard in a tiny stone building that is reportedly several hundred years old. Bar Ilegal started as a collaboration between Clive Bar and John Rexer, founder of Ilegal Mezcal. It was intended to mimic the vibe of Rexer’s bar Café No Sé in Antigua, Guatemala. It’s completely candle lit inside, and they serve straight sipping mezcal as well as mezcal mix drinks.  Bar Ilegal is the first known mezcaleria in Texas. It can get busy as Rainey Street is typically pretty crowded, but they have good mezcal at decent prices. Bar Ilegal is not always open during the same hours as Clive Bar, so make sure to check ahead of time. Read more reviews 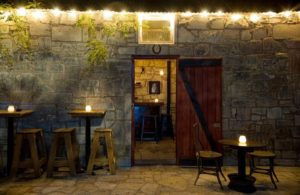 Bar Ilegal in the backyard of Clive Bar

La Condesa is a great restaurant, and their bar has a ton of mezcal. Many of the bartenders know a good amount about mezcal, and they all seem to like it. They probably have around a hundred bottles or so to choose from, and they range from fairly common to pretty rare. Their happy hour is the best in Austin. It includes 50% off all drinks, including pours of straight mezcal.  So if you’ve been rearing to try a bottle of Mezcalosfera or a heady Real Minero Pechuga , La Condesa Happy Hour is the time to do it. The happy hour is currently every week day, but call ahead as the timing may change. In addition to having a killer mezcal selection, they also have some pretty unique mixed drinks. If you’re drinking straight mezcal, they do traditional set ups with cheese, oranges, and sal de gusano upon request. Read more reviews

Techo is a nice candle lit hideaway in East Austin. It’s located on the second floor of Mi Madre’s on 7th street, and it has limited hours, so call ahead to make sure they’re open. The ambience in this place is great. It’s very comfortable and cozy.  Though it’s small, it never seems over crowded. They have some great mezcal mixed drinks, and they carry a wide variety of mezcal bottles for sipping. They do traditional set ups with cheese, oranges, and sal de gusano upon request. Read more reviews

selection/range at Comedor (5th and Colorado) is notable

Yes it’s decent. However some of their mezcals will only be served if their “mezcalier bartender” is working which is kind of weird.

If you had to recommend one essential spot for trying some rare bottles (maybe some old editions of Mezcalero?) where would you say to go. Am only in town for a night. Also any good selection among the liquor stores?

Hey! Las Perlas has lots of Mezcalero to dive into. If you’re here during the week, make sure to check out the La Condesa Happy Hour…. 50% off all mezcal! They have a ton of bottles as well.

Great, thanks for all the info!

We’ve been to Suerte and do not recommend it for drinking mezcal. Suerte was fun when they hosted the Agave Film premiere party but the “bar” vibe went downhill after they opened. Suerte is only a restaurant. They have what looks like a bar but it is a reservation-only dining area. With so many other great options in Austin, there is no reason to go to Suerte specifically for mezcal.