5 Sentidos Cuishe from Tio Tello was initially released as a California-only batch of Cuishe (A. Karwinskii). It is one of the first batches made by master palenquero Eleuterio Perez Ramos that Cinco Sentidos has exported to an international market. Eleuterio, who is also known as “Tio Tello,” harvested the ripe agaves in Miahuatlan de Porfirio Diaz, Oaxaca. Post harvest, he roasted the agaves in a conical oven with mesquite firewood for at least four days. After cooking the agaves, Tio Tello, along with friends and family members, chopped the agave into small pieces with a machete, and then mashed them with large hammers made of mesquite in a wooden trough. Once mashed, Tio Tello allowed the mash to ferment with well water in cypress sabino tanks. He then distilled the fermented mash in a single copper alembic style still at his small palenque in El Nanche, Oaxaca. Adjusted with heads, hearts and tails. The California-only batch was approximately 210 liters, distilled in March 2007, and bottled January 2021. 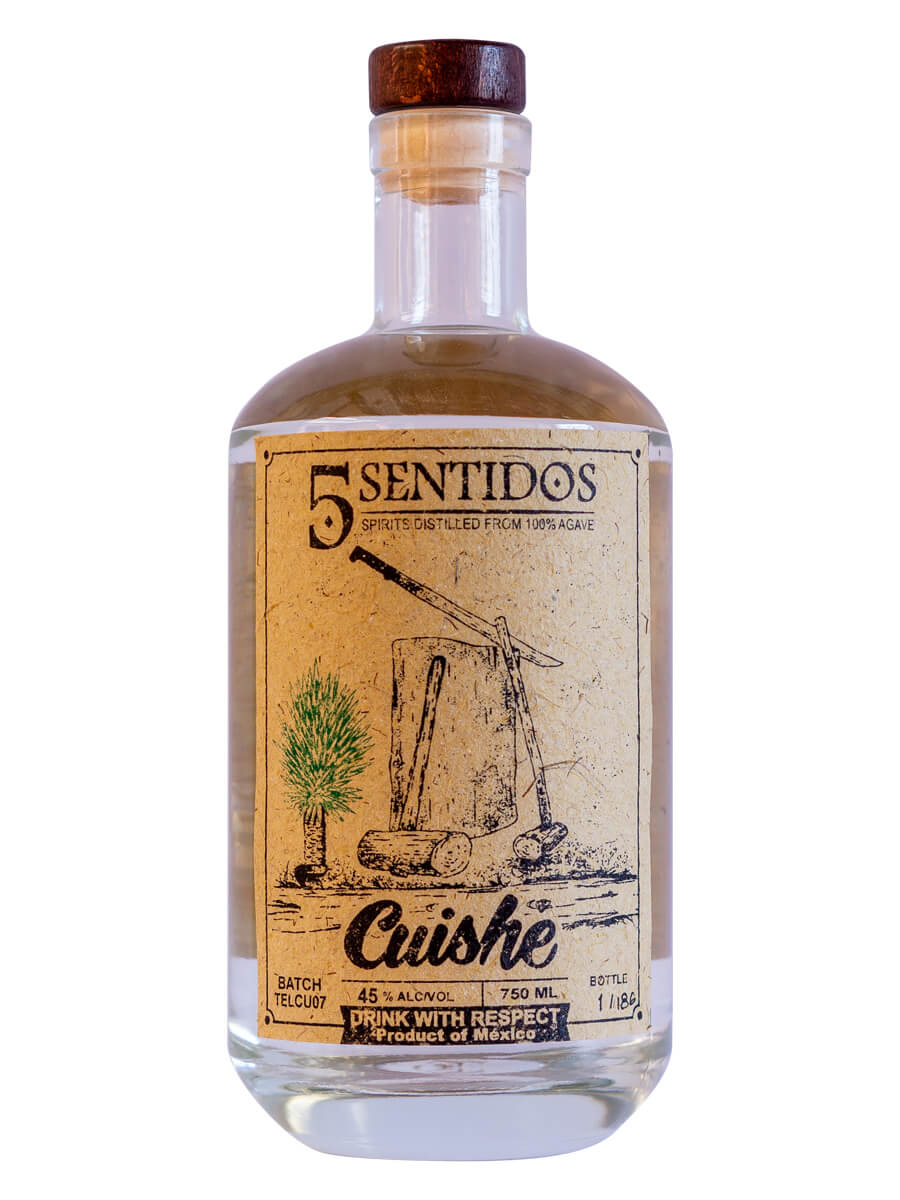 Crazy that this batch is from 2007! It tastes a bit like cherry candy. It is possible that the age has made the sweet flavors more rich and the dry wood notes are less prominent. The big flavor to me is fruit preserves. It’s nice. Batch TELCU07.

Palate – Big sweet, opening (a tasty Ajwa date flavor). Dried apricots as well. A little hot in the middle and finish for 45%.

Whoa! Crazy flavors coming out of this one!! It reminds me of those flakey almond candies. Marzipan, Amaretto, Dr. Pepper. Also a deep dark dried fruit finish like raisins, and fruit rollups. This is great!!

Smells of army surplus store and dried bananas. Taste is hersheys kisses and light touches of cantaloupe. More banana follows through, but doesnt take the lead. This is pretty darn tasty