Alipus Santa Ana is made with agave Espadin in Santa Ana, Oaxaca. Mezcalero Hernandez Melchor cooks the agave in an underground stone oven, ferments with wild, naturally occurring yeasts, and distills this mezcal in copper stills. 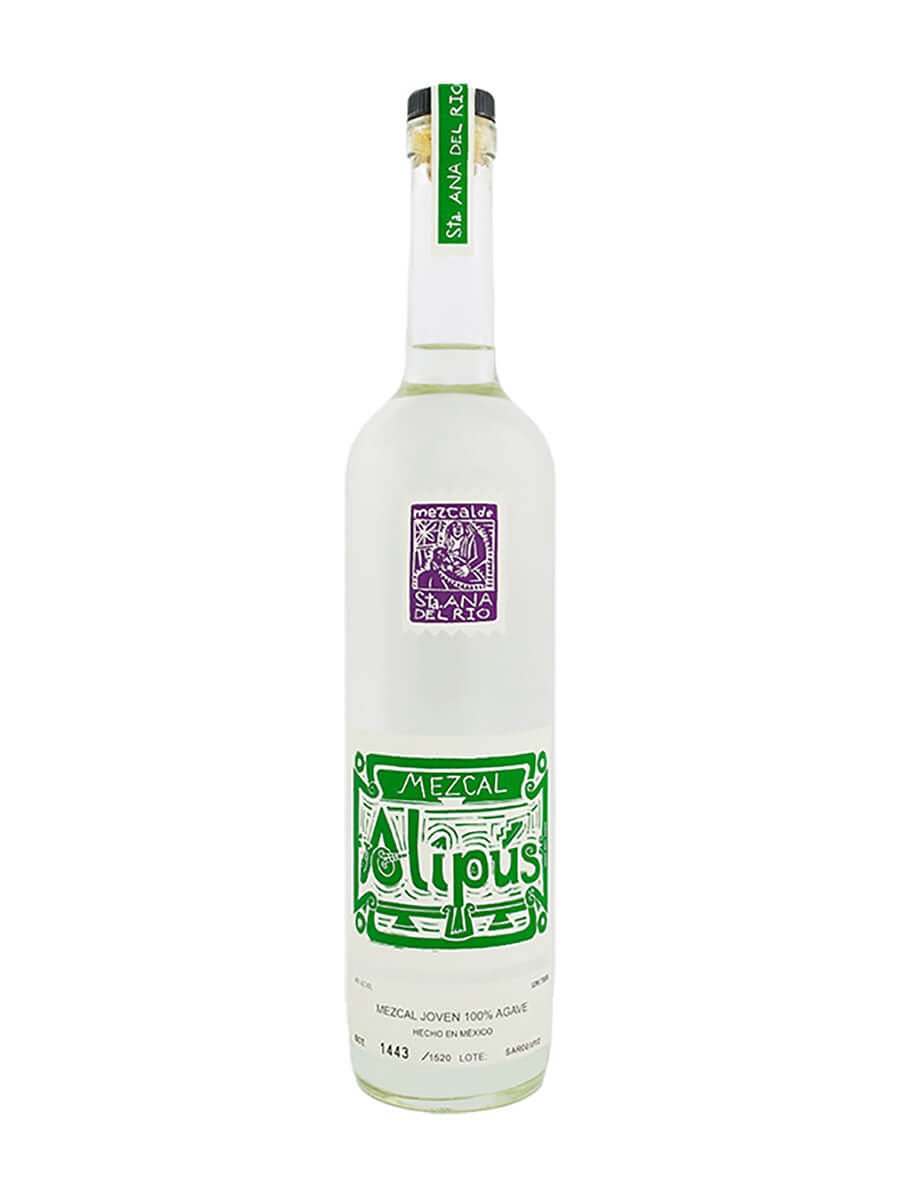 SAR101/20. Very green and sweet on the nose; slightly mineral with grass, juniper, vanilla, with some undertones of a typical mezcal smoke. Definitely sweet yet understated on the front, with a very balanced combination of smoke and pepper on the finish. And some nice heat thanks to that 47.5% ABV. As the sips go on, distinctly semi-sweet dark chocolate notes are growing and pairing up with the vanilla sweetness. Interesting, and worth the price.

I was expecting much more grass but instead… on opening, very noticeable vanilla flavor. First sip — incredibly sweet, might be the sweetest mezcal I’ve had. Still feeling vanilla, pretty drinkable, not too harsh. Very pronounced hemp flavor in an after taste. Overall this feels akin to drinking a dessert wine like Sauternes, almost mead-y. I think I quite like it, when you’re on a mood for something like this.

Pine, vanilla, and wet stone on the nose. Round and sweet in the mouth. Medium finish with the pine and vanilla drifting a touch to the chemical side but not so much to be unpleasant.

Delicious and savory. Not too overpowering, but a really powerful set of notes.

Alipus Joven Mezcal Santa Ana / 95 proof
Tahona milled, copper still. Lighter body. Nice mix of agave and smoke, pepper. Compared to the Alipus San Juan, this has more agave and less smoke, and for me reaches a great balance. Of the “single village” Alipus mezcals this is my favorite. (And I’m glad I did not see the “acetone scent” comment before I ordered a bottle of this – yikes!)
(Lot SAR010/16, bottle 328/1064)

The green bottle is fitting because this Alipus has a lot of piney notes. My bottle has sat half-full for quite a while so it has really opened up. There are other flavors of tobacco, wood, and charred fruit. A nice mezcal for the price point.