Alipús San Luis del Río Special Edition 2018 was produced by Don Baltazar Cruz and his children in San Luis del Rio, Oaxaca. It is an ensamble mezcal using 42% maguey Espadin, 42% maguey Tobalá, 10% maguey Sierra Negra, and 6% maguey Cirial (agave Karwinskii). The magueyes Espadín and Sierra Negra were cultivated in San Luis del Río, Tlacolula, Oaxaca, by Don Baltazar Cruz. The maguey Tobalá was collected in the community of San Luis de Río in an area bordering San Pedro Quiatoní called Cerro del águila. The maguey Cirial was collected in an area known as Las Ciruelas in the same community of San Luis. The mezcal was produced between March and April 2014, stored for three years in a 1,150-liter stainless steel tank, and bottled in June 2017 (Lot. AE-006). 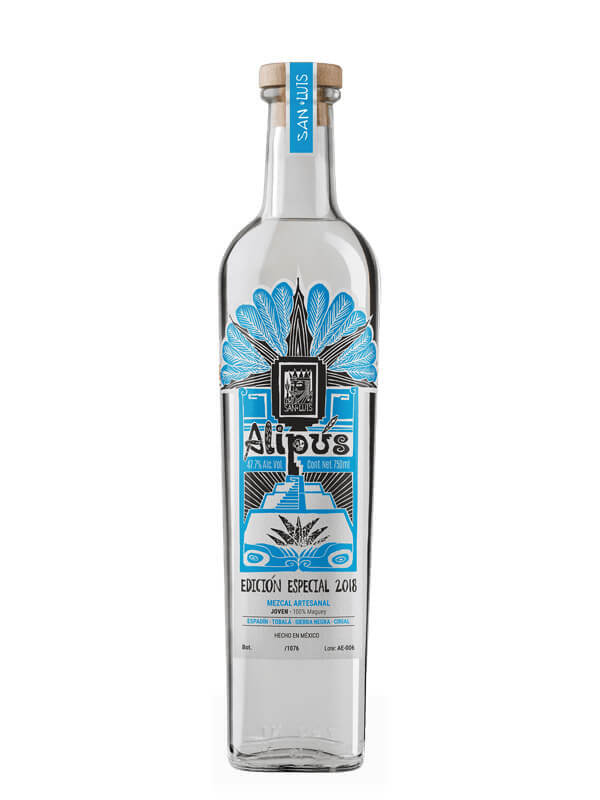 Aroma of salt water taffy and roasted jalapeño skin. Spearmint and parsley present themselves in the nose along with red hot firewood. Sweet in the mouth in a pleasing way. Big and boozy is what stands out. Numbs the lips. Taste is clay, fresh parsley, and agricole. Medium-full bodied in the mouth skewing toward full. Hot but good.

Great ensamble, simply. You couldn’t tell if it’s copper or clay pot from the aromas, but there is a great mineral touch regardless. Sweetness from espadin with aromas of quince, coconut and banana. Great balance, a bit short aftertaste although full and rich.

Lot: AE-006 Bottle 594/117
Nose: Mild and nice to the nose. Agave and sweetness, not a lot of smoke.
Taste: Minerally in the beginning, a nice spice goes all the way, complex, green in the end. A surprising composition, but I really like it. Very nice, smooth mouth feel which lasts a long time.