Alipus San Andres is made with maguey Espadin and Bicuishe. The land around Don Valente’s palenque is a high rolling plateau at about 5000 feet. The soil is mostly shale, which is not typically good for growing vegetation of any kind, but some agave can flourish. Don Valente’s mezcals have unique flavors and aromas, and this mezcal is no different. Newer releases of this will list maguey Bicuishe on the label in addition to maguey Espadin. 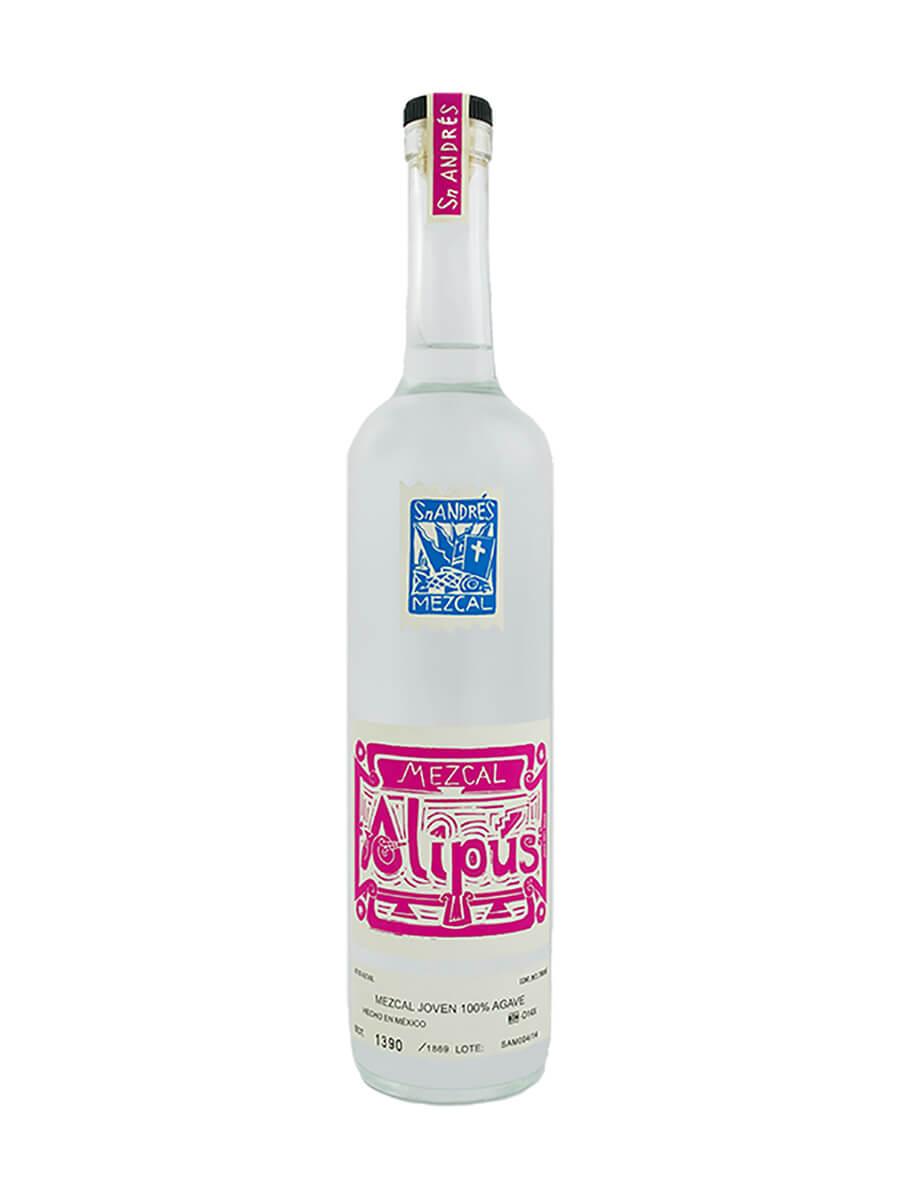 3 reviews
Rated 4 out of 5 stars2 months ago

Nothing too remarkable about this one but that’s not bad. Good sipper with nice balance of fruit and smoke. But not much complexity. I’d probably not replace this bottle though I’ll keep mixing it into my tastes to see if I change my mind.

Not smoky, smells as alcohol and a little bit fruity. Light alcohol taste, not spicy at all, with subsequent intakes the alcohol taste is accentuated, which lasts long on the tongue.

Purchased June 2022 — haven’t seen this profile in any of the reviews but hit me hard with a great bubble gum profile on the nose and in the taste, closer to 4 stars than 3, I would have liked a little more smoke but really dig this one and is my first review so kinda basic thoughts here!
Catching a hint of licorice on back pallet, and a balanced cracked peppercorn profile on the throat.
Took a week away from mezcal tried this again and had more pronounced smoke on intake back of throat, still taste that licorice and the bubblegum profile fainter this swig — this tasting elevates it for sure

Purchased June 2022 — haven’t seen this profile in any of the reviews but hit me hard with a great bubble gum profile on the nose and in the taste, closer to 4 stars than 3, I would have liked a little more smoke but really dig this one and is my first review so kinda basic thoughts here!
Catching a hint of licorice on back pallet, and a balanced cracked peppercorn profile on the throat.
Took a week away from mezcal tried this again and had more pronounced smoke on intake back of throat, sti

It’s mass-produced one that you can find in most liquor stores and supermarkets in Mexico. But don’t let that put you off, it’s a very nice mezcal, for the price.

Amazing mezcal. Well worth $45. Fruity and strange sour notes. Show this to your friends who are new to the game and don’t want to invest a ton in their first bottle

Smokie. Makes a good sipper. A little sweet for my taste. Nice pine after taste. Great price! Good to keep at home for friends to try. Easy to drink.
Lote: SAM007/18 espadín 90%, Bicuishe 10%

This has got to be the best mezcal to introduce your friends to. I get almost no flavors, either in the beginning or the end. It’s not too harsh, is moderately sweet, and is very drinkable. I just wish I felt something besides sweetness. Maybe it’s the batch.

Lot SAM007/18
On the nose, vanilla and sweet almond. In the mouth it’s round, gently sweet and brings in some floral notes. Finish lingers with just a little heat and a final kick of almond.

Lote : SAM004/18
Nose : soft and fruity. A little floral with a brief whiff of vinegar.
Taste : sweet and salty with a little karwinskii complexity.
Finish : oily with fruit and smoke.
Definitely one of strongest of Alipus line.

Right amount of smoke, vanilla, and butter pecans. This is the one to offer to first timers.

Alipus Joven Mezcal San Andres / 94 proof
Electric milled, copper still. Heavier and oily. Smoky, similar to Alipus San Juan, with some black pepper. Very good but seems to push smoke at the expense of complexity.
This was my first Alipus, but is now the 4th favorite of the 4 I’ve tried (though I’d happily buy any of them again). Perhaps I am a bit biased because this is the closest thing to “mass produced” of the Alipus line.
(Lot SAM013/16, bottle 1030/3008.)

I found this one to be pretty heavy on the smoke side, which I enjoy, and generally quite nice. However, it is not very balanced. I would recommend the blue bottle of Alipus over this. It is not perfect balanced either but sweeter, also very smoky, and more interesting.

Like many of Don Valente Angel’s excellent mezcals, this spirit is full of delicious minerality. It’s velvety on the palate. This espadin is fruity, hints of salt, and soft floral notes. Probably my favorite of the five Alipus offerings, though I’m admittedly partial to the flavors of this Don Angel’s mezcals. Lot SAM006/15

Lot SAM007/15. Lots of lavender, flowers, and perfume on the nose. The first sip is also very floral before moving to notes of almond, vanilla, and papaya. This Alipus is mostly fruit-forward. For an Espadin, this has a lot of diverse tastes and a lot of fruit and perfume. The Pink, Purple, and Blue Alipus are my favorites, but they’re all worth trying.

Although popular in the bars around Austin, I found the alcohol overpowering. Must make a tasty cocktail!

First sip and I could tell this Mezcal was in a league of its own. It has that perfect balance. Not too strong and not too fruity. Put San Andres on that TOP shelf!

Alipus San Andres is an easy sipping mezcal. Smokey, bright, and not too strong. Great taste for introducing friends to mezcal.