Alipus Santa Ana XX Aniversario is a single-batch using wild agaves, to celebrate 20 years of Alipus. The tiny town of Santa Ana, Oaxaca (population approximately 376 people) has been a cornerstone of the Alipus lineup and this special, one-time release shows it. This mezcal is made from Maguey Espadin, Tepeztate, and Tobala. It was produced by the Hernandez Melchor family in June 2019. 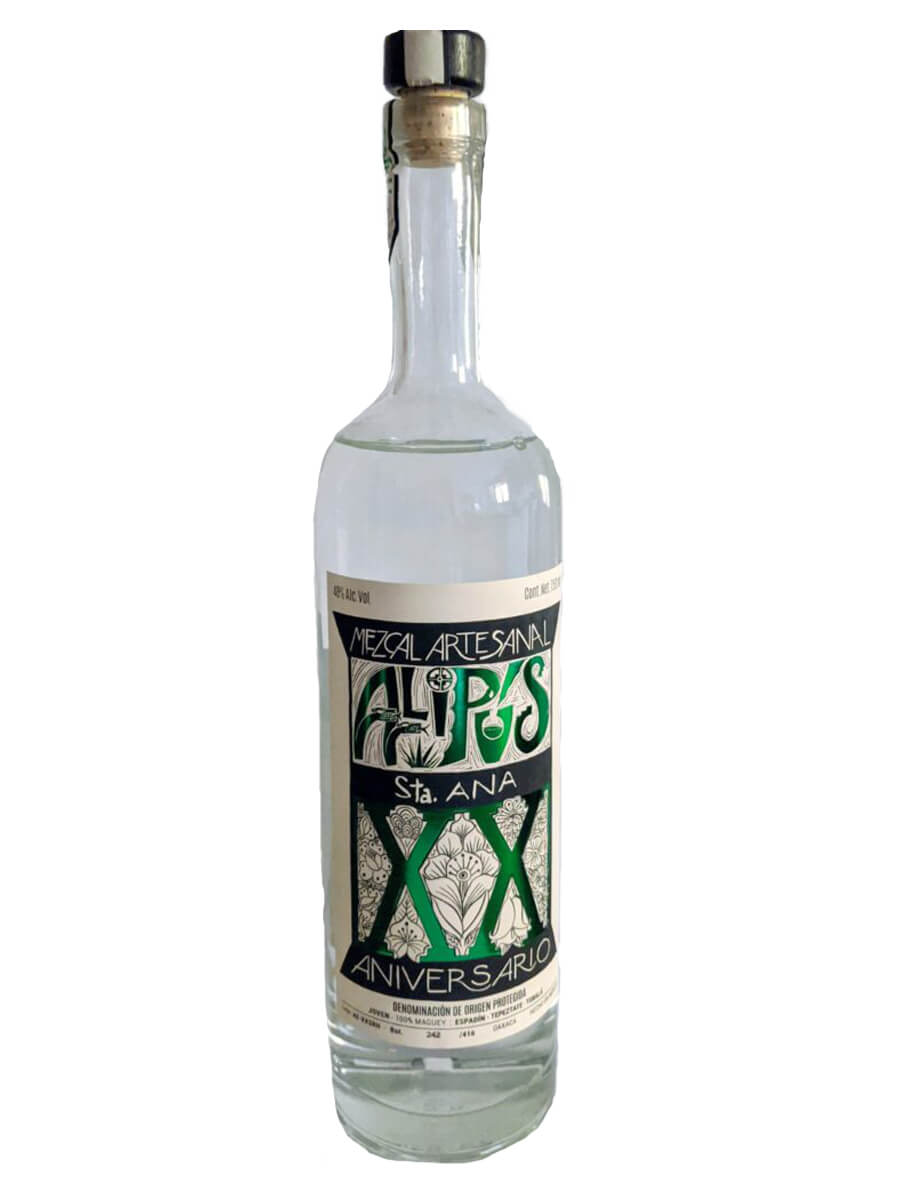 Lot AE0XXSRH. Bottle 067/416. A bit peppery on the nose. Lots of Tepextate and Espadin coming through in the aromas: green peppers, aloe, fresh parsley, and cilantro. Also aromas of gun powder and chalky minerals, like hunting on a dry riverbed. The palate is surprisingly soft, and bit buttery. It’s a little hot, but very floral. Note of lavender, coconut, barbershop smells, rose pedals, and fresh flowery breeze.