Hacienda de Chihuahua Sotol Añejo is made from 100% wild-harvested Dasylirion plants in the Chihuahuan Desert of Northern Mexico. Master distiller José Daumas Gil de Partearroyo oversees the state of the art production process which starts by slowly cooking the plants in steam-heated ovens, natural fermentation with champagne yeast, and then triple distilling in a double-column copper still. After being distilled, this sotol is aged in a new French white oak barrel for 2 years 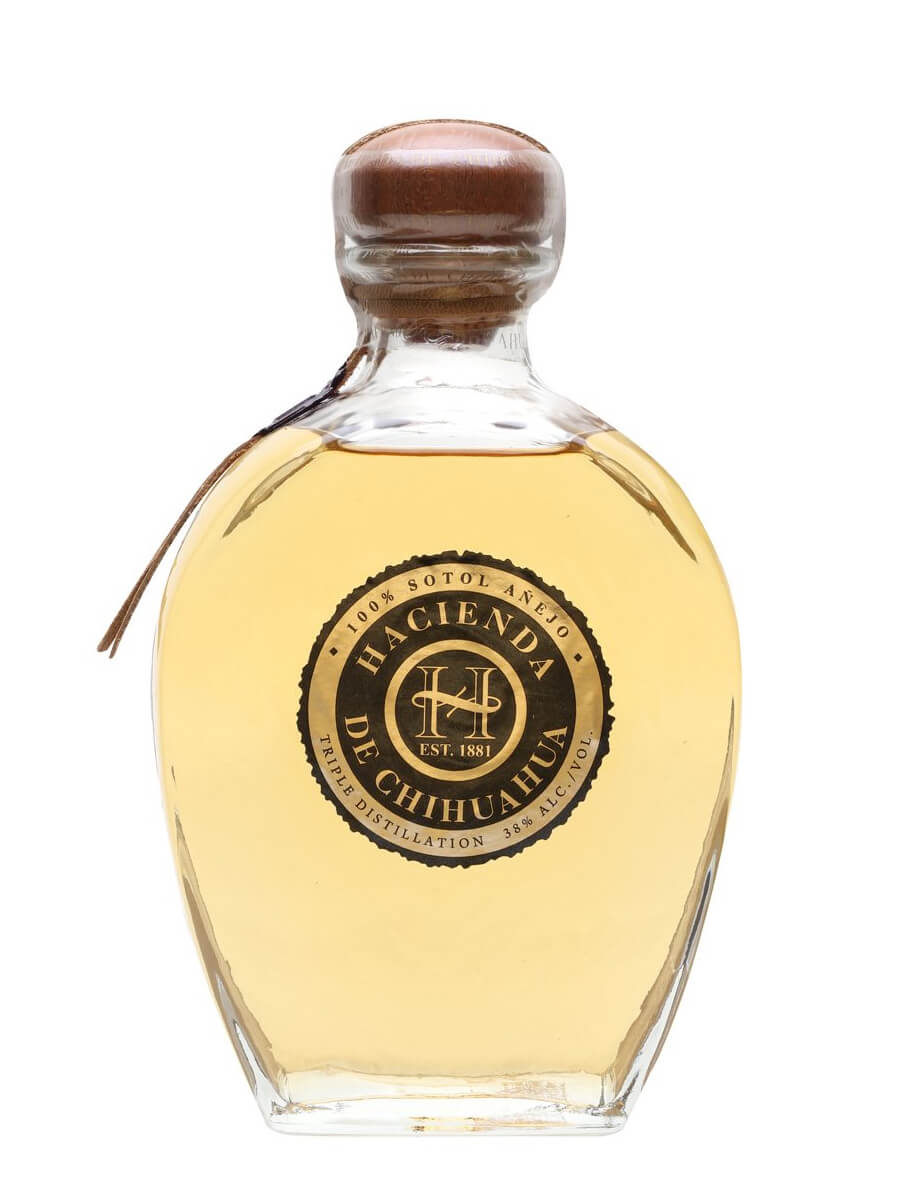 Palate: Weeds and a hint of vanilla. The barrel resting does nothing to help this. Stingy and vapory mouthfeel and oddly the flavors taste watered down even at 38% ABV. Hot and stiff finish and aftertaste – anti-smooth.

sotol shares some of the same flavors as mezcal but is more of a medicinal herbal flavor to me.this brand is a low abv but sotols still pack alot of flavor.this is a summer favorite and it is a light spirit.lots of medicinal herbs with brown sugar and some anise and very slight bitter finish.perfect for warm summer sipping.comparable to the finest anejo tequilas but much deeper.price is a steal.

Fantastically smooth drink with a robust but not overpowering flavor. Great Sotol for sipping that lacks the harsh bite of many others. This is a fantastic bottle to sit around with friends and drink while talking the night away.