Mezcal de Leyendas Vinata Solar is made with maguey cenizo (Agave durangensis) by maestro Gerardo Ruelas in Nombre de Dios, Durango. As the name of this release would suggest, this mezcal was made using 100% solar energy for every part of the process, making it the first total solar mezcal known in production. The agaves are cooked in a steam heated oven that is powered by solar panels. They are ground via a solar powered mechanical grinder and fermented in oak tanks. Finally the agaves are distilled in a custom solar copper still. At first sight the golden color of the bottle may give the impression that this mezcal was aged like a reposado or anejo, but that is not the case. This mezcal is bottled joven. 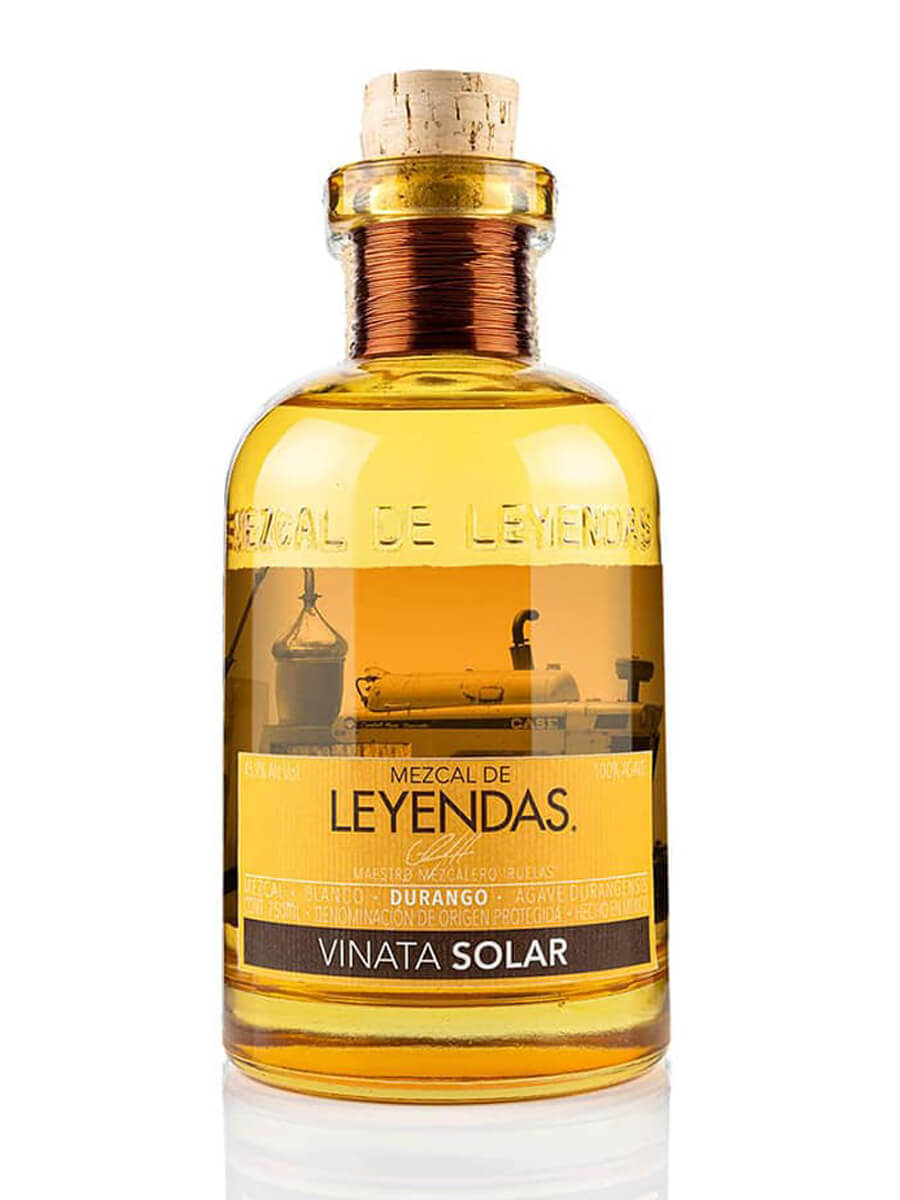