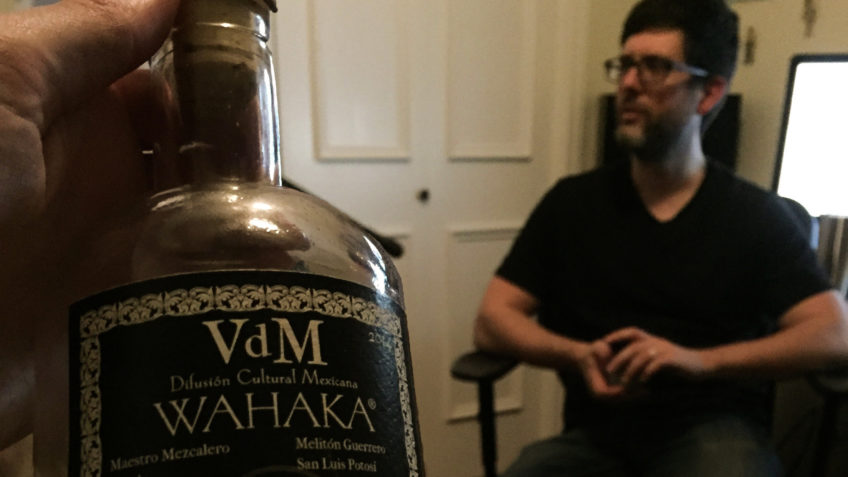 Show de Vie with Mike G is a podcast that showcases the most well-renowned visionaries in the food and beverage industry. The recordings include intimate moments with food and spirits innovators as they dig through everything from their most vulnerable learning opportunities to moments of pure hilarity and astonishment. The conversation is always lively as Mike G, a brilliant and vivacious man with a heart for fine spirits and ripping rock & roll, guides his guests through the deep waters that surround their business and encompass most of their daily lives.

There are over 225 Show de Vie podcast episodes available as of the posting of this blog. We highly recommend that you listen to some sound bites when you get a chance. Considering you’re reading this on our mezcal blog, try listening to some of his most recent mezcal-related episodes first:

We met Mike G at a Cinco de Mayo party in 2017. While 99% of the party-goers were drinking margaritas made with cheap tequila, we found Mike G sitting at a table, sipping mezcal neat with a few other people. He had a bottle of Mezcalosfera, a bottle of Wahaka Tepeztate, and a bottle of something else delicious that I don’t recall (too much mezcal that night!). We sat down. He poured us a couple drinks and we spent the next few hours talking about agave, punk rock, and antique cars.

We met up with Mike a few weeks later to do an agave Jabali tasting. Agave Jabali (Convallis) is one of our favorites. At the time, there weren’t too many mezcals made with agave Jabali on the international market, which has changed since as the agave becomes a bit more trendy. From a production standpoint, it’s an extremely difficult agave to work with as it’s known to foam and expand during fermentation and distillation. It foams so much that we’ve heard reports of it destroying stills during distillation. With great risk comes great reward, as there’s not much that can match agave Jabali’s wild and boorish attitude. Here’s a list of what we tasted that night (as pictured above):

In September of 2017, Mike G invited us onto the podcast for what was just released as Episode 238. Throughout the conversation, we tasted some incredible mezcal from Wahaka VdM, Almamezcalera, and Mezcal Vago. We also had the pleasure of tasting some Desert Spirit Texas Sotol that was made by Mike G himself. We had a great time. Listen to it here: Ep 238 – Tyler and Jonny of Mezcalreviews.com: Finding Purpose in Mexico