5 Sentidos Sierra Negra-Tobala was made with wild maguey Tobala and cultivated maguey Sierra Negra. Maestro mezcalero Alberto Martinez and his son-in-law roasted 100 Tobala hearts and 9 Sierra Negra hearts in an underground oven for three days with encino oak. The agave were then milled be hand, fermented with tepehuaje bark, and double distilled in a small clay pot still. The first batch of this was just 103 liters, distilled in August 2018. 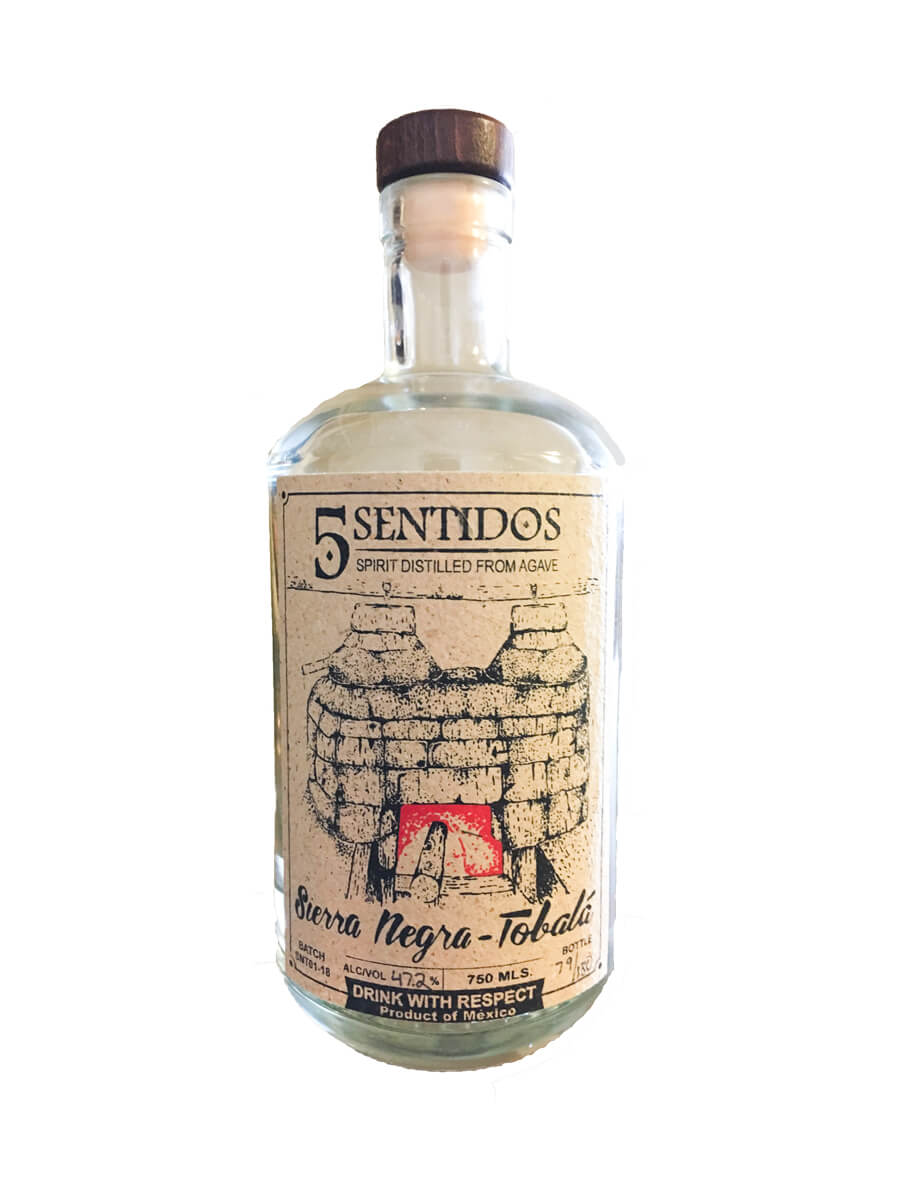 Super interesting ensamble. Nose smells like candy and cream with a bit of funk. Palate really brings out that candy note and turns up the fruitiness with cantaloupe and pineapple. Long herbal and slightly fruity finish.

Outstanding and different! I tasted candy… like liqourice. And melon. Super funky. Great balance, good body, decent heat, creamy with a hint of spice… more herbal than floral. Sweet but not fruity. Stands out for sure.

Smells like a barnyard in all the right ways. Trampled hay, healthy cows, green fields, cheesy, funky. Very robust, very little alcohol. Palate is triple crime brie, earth, roasted veggies and agave. Mouthfeel is good, finish is weighty, earthy and very long. I like this better than his Tobala and about the same as his Sierra Negra, we’ll see if one comes out on top by the end of the bottles. 93/100