Maguey Melate Jabali from Santo Martínez Cruz was produced in San Lorenzo Albarradas, Oaxaca. This destilado was distilled 3 times in copper pots, due to the complexity of distilling maguey Jabali, which foams and expands considerably throughout distillation. This was initially released in Maguey Melate’s subscription as a 100ml bonus bottle. 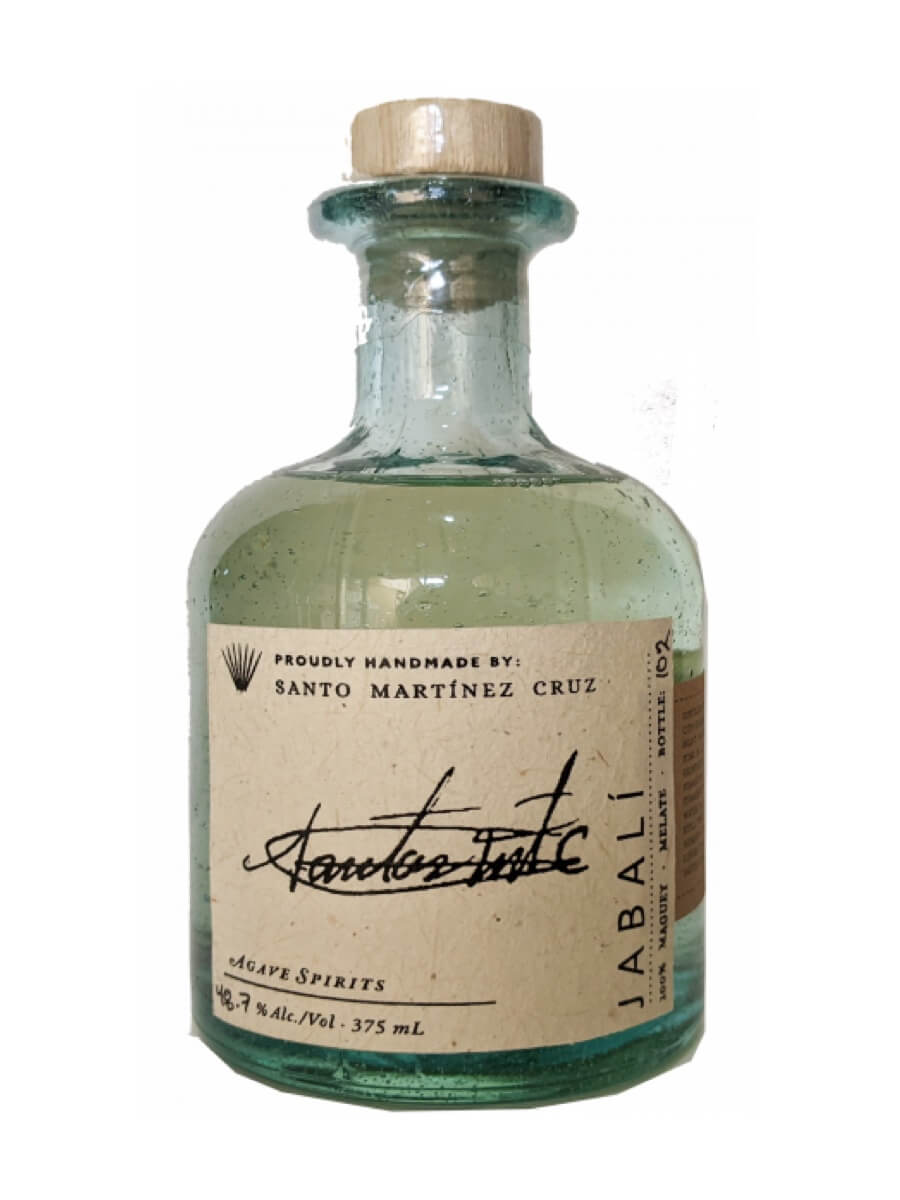 This one could be sipped all day at the beach. Subtle and complex all at once. All around great! The aroma is light with light fruit and wet stone minerals. The taste is wonderful with a citrusy punch some lite spice and goes down a little sweet. The finish is fantastic and long with some earthiness and lite spice. Overall Yum!

Enjoyed this one. One of my favorite maguey melate releases. Amalgamation of a ton of different herbs and fruits that just works. Can def see this as a sipper or a great base in a killer cocktail/punch

First tasted this jabalí as a small sampler in one of the maguey melate boxes and really enjoyed it. Decided to get a 375 ml to get a better opportunity to taste this mezcal multiple times. The nose is very light, a bit of peppermint. The taste lingers in the palate with medium heat. A nice bit of peppermint and cedar bark, with a lingering root taste in the mouth like licorice or sassafras. Very much enjoyed this jabalí.

50ml sample. I get pineapple and anise in the aroma along with wet grass and granite. Taste is great with so much vanilla and grape big league chew balanced by sage and licorice and a pepper spice with some meatiness. Incredible Jabali – so complex and tasty! Overall 9/10

Wow. One of the best Jabali Mezcals I’ve ever tasted. Delicate and complex. Apricots, incense, and tons of fresh herbs. I’m so bummed I only had 50ml.

Smells amazing. Aromas of fresh vanilla bean, warm buttery mashed potatoes, and wet granite. The palate has note of butterscotch, caramel, vanilla, sweet anise, subtle mesquite, and nutmeg. This is full and rich with almost no bite whatsoever. This is an incredible Jabali. Batch: SAN-JAB-001.

This is a delicious Jabali. I get the vanilla notes others have mentioned. Reminds me of the classic pink and purple Nerds. Sweet with a dash of tart candy. Unique finish.. a bit like Listerine. Batch: SAN-JAB-001

Sweet, vanilla smell. More vanilla on the taste, some green vegetal mixed in there as well. Pepper spiciness. A bit tangy as if clay distilled. Very good, and hard to pick the winner in the side-by-side jabali box.

Hands down one of the best jabali expression I’ve had so far. Killer combo again from MM on this lot.

Palate – Similar to the aromas, I got flavors here of vanilla. Chicken jerky. Mesquite. A nice herbal note in the aftertaste. MM really nailed both their Jabali expressions in this release (the German is bomb as well!).