Maguey Melate Pelón Verde from Sergio Martinez Rodriguez was originally released as the December 2022 Mezcalero of the Month Club agave spirit. This mezcal was produced in the remote community of Santa Maria Ecatepec, Oaxaca, which is about a 5.5 hour drive from Oaxaca Centro. About 8 years ago, Sergio started planting his own Pelon Verde agaves recognizing the flavor profile and biology were drastically different from Espadin. 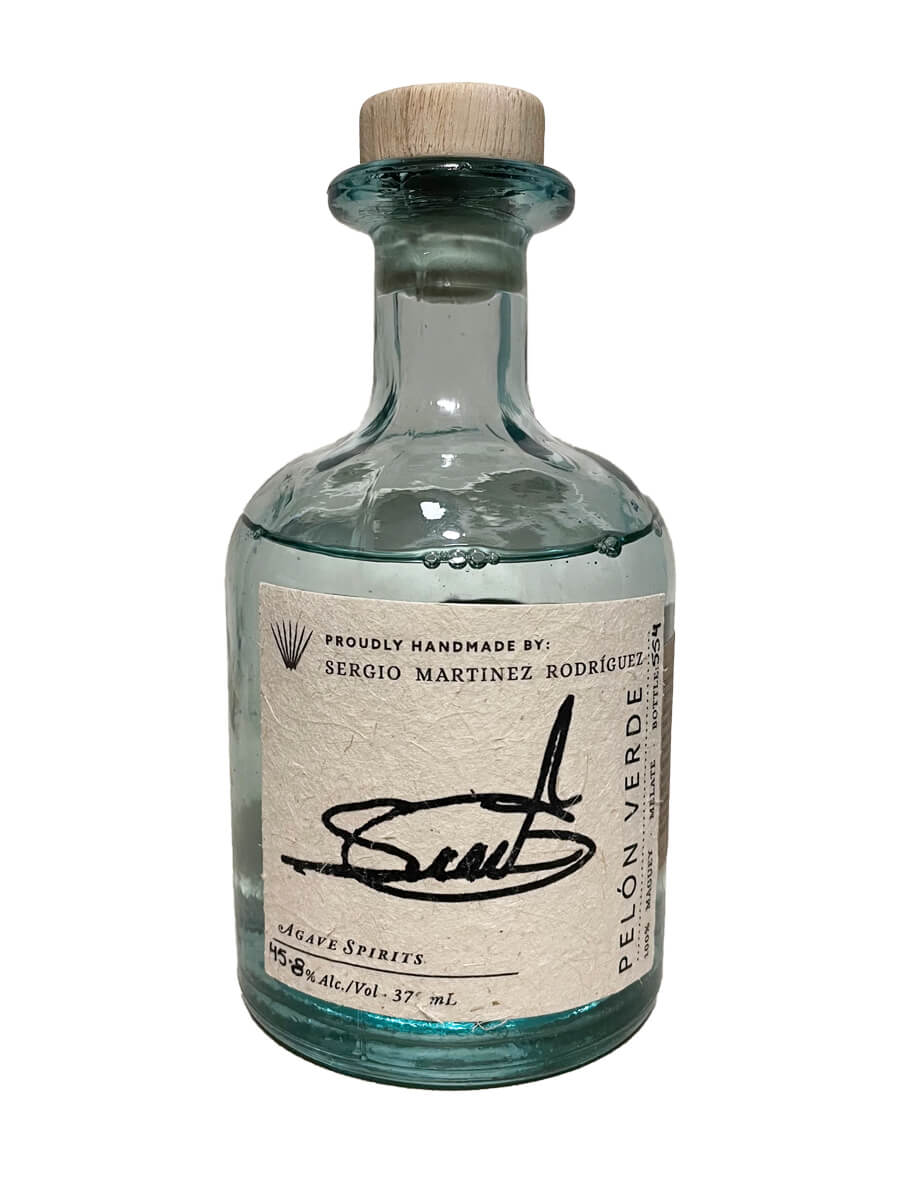 Aroma: new car smell and brand new shoes, some tire rubber in there as well
Taste: Very minty – peppermint chocolate icecream. Hint of herbs in the finish.
Overall: I wasn’t expecting much from the aroma, but I like taste and the honey lavender finish.
Score: 8.5/10

Update: I’m getting a ton of black licorice off of this now. Good call Jonny!

This is a beautiful expression. Peppermint Altoids, vanilla ice cream, tarragon, thyme, lavender, and sugar snap peas. The mouth feel is thin but the flavors are right on! I dig it.