Pizcadores Bacanora is made with Agave angustifolia in the state of Sonora. The agaves are cooked in an underground oven for 48-72 hours, milled by hand with axes, and fermented for 12-15 days with native yeasts. They are then double distilled in a copper still. 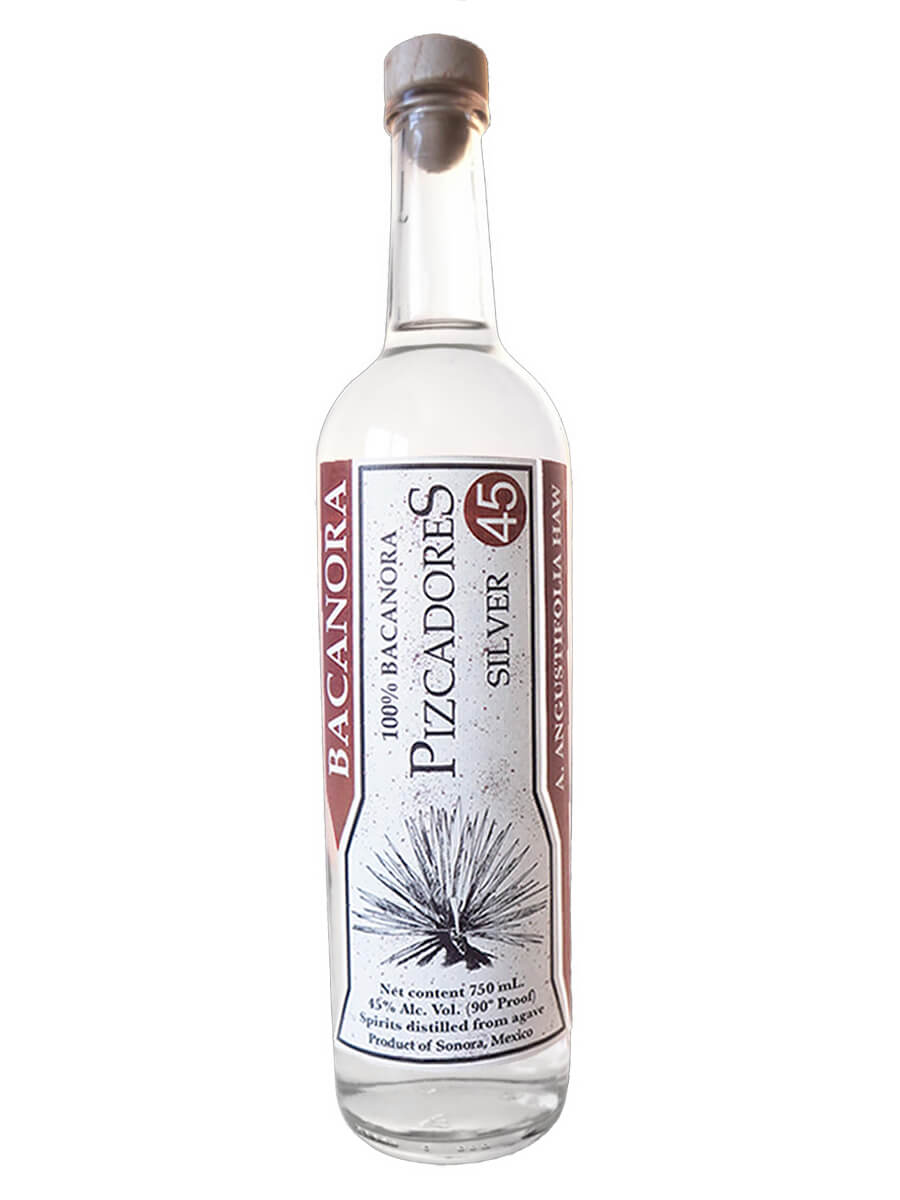