Lupe López produces sotol, lechuguilla, and sotol/agave ensambles in Madera, Chihuahua. He was trained by Maestro Bienvenido Fernández. After his apprenticeship, he began distilling in his ranch which neighbors the state of Sonora. The agave Angustifolia which grows in his region is the same used in Bacanora. 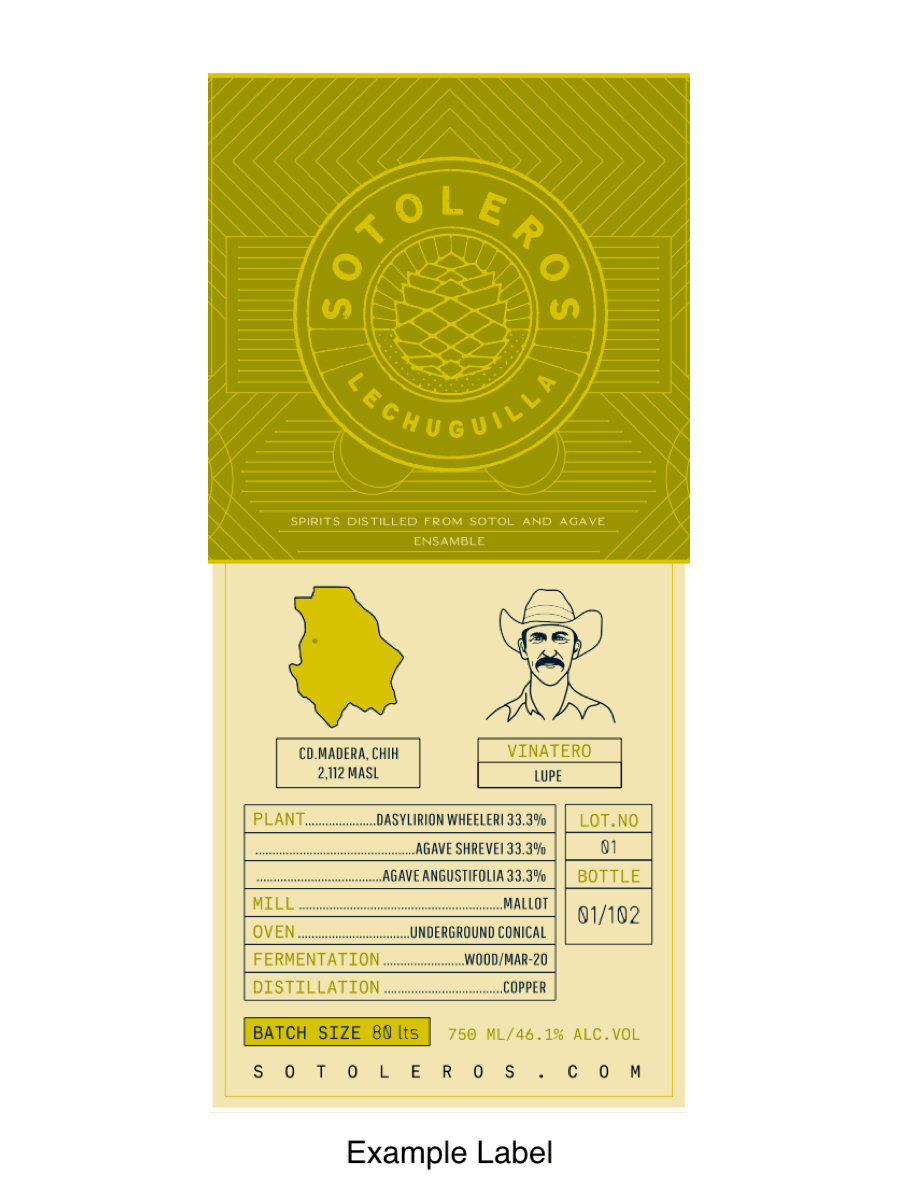 *very complex with lots of character, and well balanced.

Learn more about organoleptic evaluation at the International Wine & Spirits Guild’s seminar in Fine Spirits.
Our more on Agave Spirits certifications through the Agave Spirits Institute,

Lots of different citrus notes. Tangerines, Satsumas, Oranges, incense, and peppermint Altoids. This is quite good and very similar in flavor to his Clande Ensambles.