NETA Bicuixe from maestra mezcalera Paula Aquino Sánchez was produced using Bicuixe plants harvested from a parcel of land (white limestone soils) she inherited from her late father. Various kinds of copal trees (Bursera) grow alongside the agaves, expressing elements of their symbiotic relationship in this spirits’ aromas and flavors.

In Miahuatlán, the maguey Bicuixe is perhaps the most prevalent of the micro-endemic Agave karwinskii. While it is primarily a wild species, it could also be considered semi-cultivated as it is frequently transplanted and used to demarcate property lines and prevent soil erosion in the fields. This subspecies is far from uniform in appearance as there are multiple phenotypes and ecotypes, but one of its primary characteristics is its long and relatively thin tree-like stalk, often larger than the actual piña in size. While the Bicuixe piña has a moderate sugar content, they are small in comparison to other A. karwinskii varietals and have a much larger stalk to piña ratio, which can translate into slightly bitter notes, lending the distilled spirit an incredible balance of flavors. The Bicuixe, or Cuixe, as it can also be called in the area, plays such a quintessential role in local mezcal and agave spirits production that it could be considered the most archetypal and definitive expression of the tierras and culturas of Miahuatlán.

I got a batch of Paula’s Bicuixe released by Corazón de Diabla that is at 50% ABV and it’s fucking delicious. All the flavors others listed are there. Just wanted to put it out there for people interested in this that there’s a higher proof of this out there under a different label.

Leaning back towards charred peppers and nuts, though with plenty of fresh key lime brightness as well. Just compared to the candy bomb next to it in this flight, it’s more earth driven. Hazelnuts, limeade, mints, mild green veggies, dandelion root, present smoke. Starchy smell like you’d use with an iron, yet it still maintains a fun freshness.

’ll probably understand this more after the reveal. Proof in this flight might’ve hurt it.

Leaning back towards charred peppers and nuts, though with plenty of fresh key lime brightness as well. Just compared to the candy bomb next to it in this flight, it’s more earth driven. Hazelnuts, limeade, mints, mild green veggies, dandelion root, present smoke. Starchy smell like you’d use with an iron, yet it still maintains a fun freshness.
Palate: Interesting, thinner body. Watery, almost, but freshness helps keep this rather drinkable. Finish is long, some spices and rocks. Agave cent

COak kinda nailed it with the mint chip tasting note. I love mint chip! This is very sweet and not “woody dry” like certain Karwinskii mezcals can be. Classic mineral notes from this region. On the finish there is smoked peat and black lime. Would love to try an Espadin from this mezcalera. March 2019. 45.9%.

March 2019. 45.9%. Aromas of sea breeze, fresh flowers, and orange creamsicle. Palate is lavender and vanilla. So silky and velvety. This is fantastic.

I tried this against other bicuixe from Miahuatlán but the mezcalosfera and Mezcalero are better. Tasty mint chocolate chip ice cream. Really nice mouth feel. I still want to try all the bicuixe from Neta. 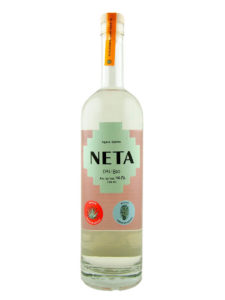