5 Sentidos Azul y Pichomel is an ensamble of agave Tequilana and agave Marmorata. Both species were harvested in the Zapotitlan Salinas region of Puebla and distilled by Maestro Mezcalero Atelo Ramirez and his wife, Laura Arriaga. Atelo and Laura use a makeshift still fashioned from a galvanzed steel barrel, a clay cazuela hat, and a copper coil housed in another barrel. This mezcal has aromas of fresh-cut green apple and aged cheeses. The palate has notes of cilantro and green apple candy. The 2019 release of this was just 180 Liters. 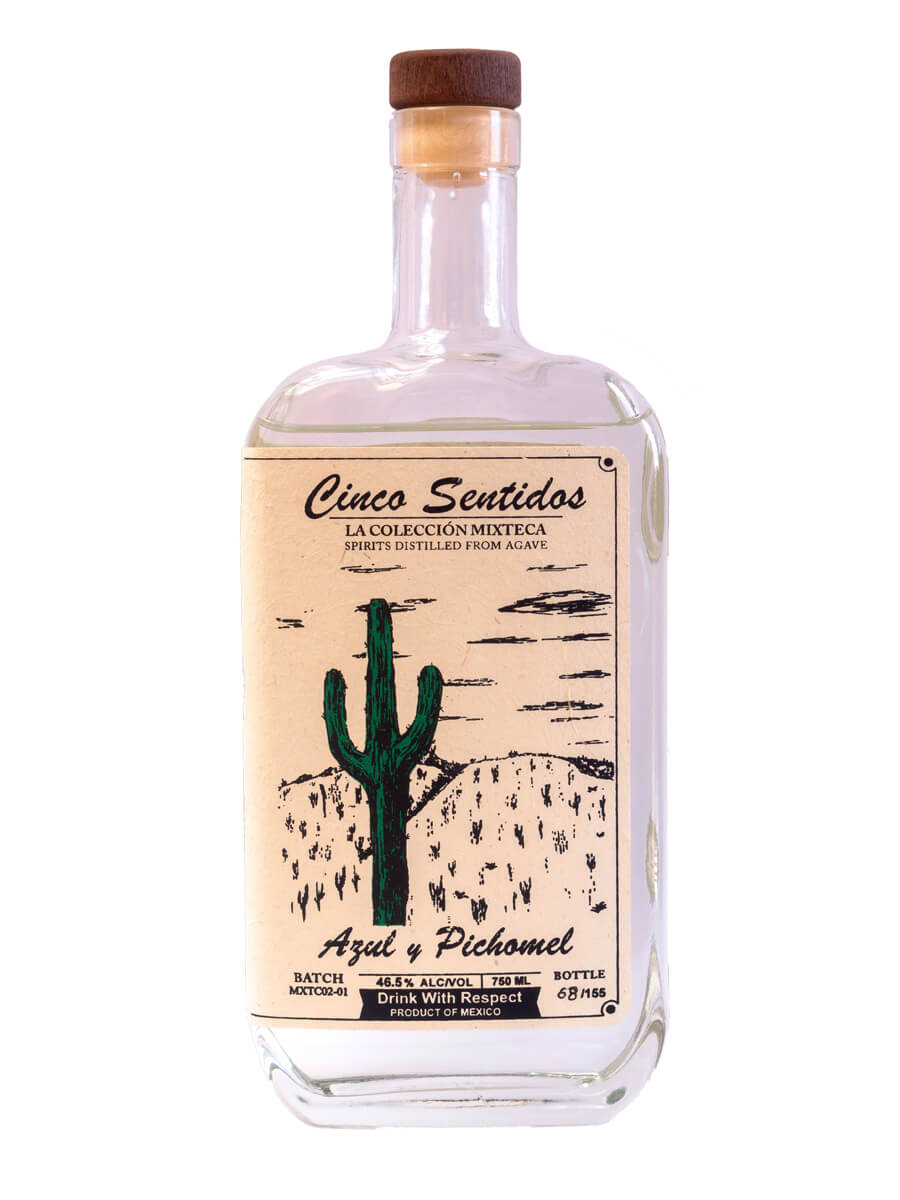 Batch MXTC02-01. Tyler’s note of gumballs on the nose is spot on. Additional aromas of Big League Chew, Twizzlers, and Lemon Heads. The palate has pine, lemon peel, and Skittles. This is really just all sugary, sweet candy, and super enjoyable.

Wild from first sniff to final sip, this expression is so completely unique and also incredible enticing. So much fun to drink…it’s hard to stop.

Gumballs on the nose. Flavors of a pink and purple box of Nerds. There is moment of buttered toast. From the description it seems that this spirit is dominated by Pichomel but *I think* I’m getting a lot of the Azul. Finish is banana Runts candy. Batch MXTC02-01.