Señor Sotol is named after a legendary folklore hero and his unrelenting reputation. His skills as a distillate craftsman and his knowledge of the Chihuahua desert allowed him to traffic the best quality sotol along the roads of northern Mexico. Over time, Señor Sotol became the most important smuggler in the region during the prohibition period until its legalization in 1991. 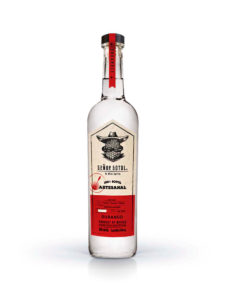